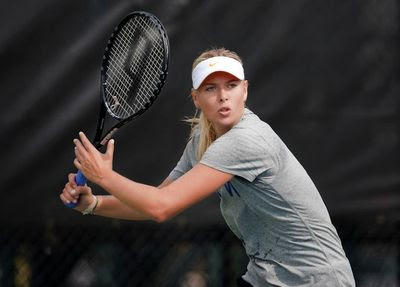 If you are old enough to remember the 1970s, you'll recall a time when it seemed like EVERYBODY was playing tennins. Not so much anymore. Here is the story from Bloomberg:


Prince Sports Inc. sought bankruptcy protection citing as much as $100 million each in assets and debts, and the maker of the first oversize tennis racket plans to change its business model to become more competitive.

Declining demand “combined with increased competition over the past five years” and a drop in “consumer discretionary spending” led to the bankruptcy, said Gordon Boggis, chief executive officer, in court papers. The company plans to cancel secured debt in exchange for new equity as part of its reorganization plan.

Prince, whose rackets were used by major champions including Jimmy Connors and Martina Navratilova, was founded in 1970 when Bob McClure invented the “Little Prince,” the first ball machine for home court use, in his garage in Princeton, New Jersey. In 1976, the company changed the sport by inventing the first oversize racket. The “Prince Classic” measured 110 square inches, had a much bigger “sweet spot” than traditional wooden rackets and became one of the best-selling rackets of all time.

In 1977, Prince produced the first graphite racket, which is still being used by professionals including doubles major champions Mike and Bob Bryan of the U.S. and former world No. 1 Jelena Jankovic of Serbia.

I believe the only way Prince can "change its business model to become more competitive" is to start making something else other than tennis rackets.


Bonus: Anyone for tennis?