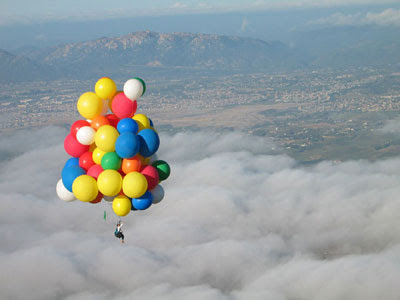 Yet another story about a vital resource that is in short supply--only this time the shortage was created by the idiocy of our so-called "leaders." Here is the Bend Bulletin with the details:


Sure, Congress has plenty of crises to deal with: a weak economy, an expiring highway bill, the end-of-the-year “taxmageddon.” But now there’s another one floating into view.

The United States is running out of helium.

Yes, helium. Thanks to a 1996 law that has forced the government to sell off its helium reserves at bargain-bin prices, the country’s stockpile of the relatively rare and nonrenewable gas could soon vanish.

Party supply stores are already feeling the pinch, as helium shortfalls are driving up the price of balloons. But it’s not birthday parties we should worry about. A severe helium shortage, experts say, would cause problems for large swaths of the economy, from medical scanners to welding to the manufacturing of optical fibers and LCD screens.

Congress is slowly grasping the extent of the problem. At a sleepy Senate hearing last week, the Energy and Natural Resources Committee listened to an array of experts chat about helium. The hearing was tied to a bill, sponsored by Sens. Jeff Bingaman, D-N.M., and John Barrasso, R-Wyo., that would change how the government sells helium from its Federal Helium Reserve to prevent shortages.

“Chances are you’ve heard little or nothing from your constituents about helium over the past 15 years,” said Walter Nelson, director of helium sourcing at Air Products and Chemicals. “That’s a good thing!” But if the problem doesn’t get fixed soon, Nelson warned, there will be serious “grumbling” across the land.

So how did we get to this point? Back in the 1920s, when blimps and other airships seemed like a useful military technology, the United States set up a national helium program. In the 1960s, it opened the Federal Helium Reserve, an 11,000-acre site in the Hugoton-Panhandle Gas Field that spans Texas, Oklahoma and Kansas. The porous brown rock is one of the only geological formations on Earth that can hold huge quantities of helium. And the natural gas from the field itself was particularly rich in helium — a relative rarity in the world.

By 1996, however, the Helium Reserve looked like a waste. Blimps no longer seemed quite so vital to the nation’s defense and, more important, the reserve was $1.4 billion in debt after paying drillers to extract helium from natural gas. The Republican-led Congress, looking to save money, passed the Helium Privatization Act, ordering a selloff by the end of 2014.

There was just one small hitch. According to a 2010 report by the National Research Council, the formula that Congress used to set the price for the helium was flawed. Bingaman has dubbed it a “fire sale.” The federally owned helium now sells for about half of what it would on the open market.

And, since the Federal Helium Reserve provides about one-third of the world’s helium, this has upended the entire market. There’s little incentive to conserve, recycle or find new sources of helium. Instead, we’ve been frittering it away. And once helium escapes into the air, it can’t be recovered.

Worse, under existing law, the Federal Helium Reserve could run out of money to operate as early as mid-2013. When that happens, it will still have a large chunk of the world’s helium supply locked in the reservoir — but no one will be able to access it.

“If Congress does not act,” Bingaman said, “the helium program will disappear altogether in less than three years, leaving our hospitals, national labs, domestic manufacturers and helium producers without an adequate supply.”

Bill Maher said it best a few years ago when he asked in mock exasperation why America always has to be the STOOPID country.


Bonus: "Balloon Man blew up in my hand"