Human Moral Weakness and its Consequences 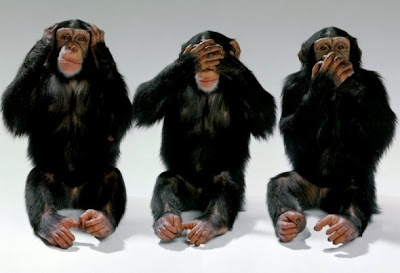 Blogger Ian Welsh put up an interesting post recently about how basic human weakness is what causes so many people to blindly follow their "leaders." The whole thing is worth reading, but here is a snippet that gets the point across:


When we say humans are weak, what we mean is that they tend to do what they’re told to do, and tend to follow the roles and norms of their society and peer group. We’ll explore this by touching on two famous experiments: the Milgram electroshock experiment and the Stanford prison experiment.

In the Milgram experiment subjects were told to administer painful electrical shocks to another person when that person answered a question wrong. Each time an answer was wrong, the amount of the shock was increased. Sixty-three percent went all the way up to a 450 volt shock, continuing after the person being shocked started screaming, begged them to stop and told them they had a heart condition. With variations, the number who would go all the way could be increased to 91% or go as low as 28%. This result has been replicated time and again since the original experiment in 1963, and has been found to be true in multiple cultures

The sixty-three percent compliance rate was a surprise to psychologists when the result was first published, despite the world having recently seen the Nazi death camps. Perhaps this is because death camp guards were under military discipline and could expect harsh punishment for refusing orders. Or perhaps it is because Americans assumed it was a cultural thing: Germans would do it, Soviets would do it, but Americans wouldn’t.

The students in the Milgram experiment were American and faced no consequences for refusing to shock a scream man. Most of them shocked the man anyway.

Americans would. People of every culture would.

Milgram’s subjects almost all felt that shocking the subject was wrong. They did it anyway.

Most people will do something they believe is wrong if told to by a figure in authority.

When I read this, I immediately recalled a rather harrowing video I saw just this past week. Here we see a bunch of North Koreans viciously abusing an effigy of South Korea's president on behalf of a monstrous regime that has been terrifying and subjugating them for more than 60 years:

Many in the west who watch this no doubt smugly look down their nose at the "barbarous" North Koreans, confident that such a thing could never happen where they live. I would argue, however, that the only difference between the North Koreans and us westerners is the level of propaganda they have been subjected to during their lives. A scary thought for a society in which the level of propaganda slowly increases with every passing year.


Bonus: "This is for all of the weak people in the audience...is there anyone here who is weak?"