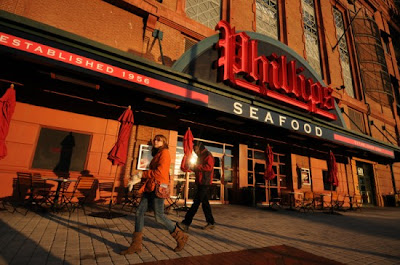 It's a theme I've often repeated here at TDS...while the national media keeps selling the bogus "recovery" narrative, the local outlets haven't received the message. Here is the Baltimore Business Journal with the details:


Phillips Foods Inc. plans to close its Locust Point manufacturing and distribution facility in July, a move that will result in the loss of 100 jobs.

The seafood distributor said the layoffs will impact 13 percent of its Maryland workforce.
As part of the move, Phillips is shifting its warehousing and distribution to Baltimore-based Merchants Terminal Corp. with additional support from Dot Foods.

“We moved into our current plant in 2002 in hopes of growing our company, but given the difficult economic conditions and industry dynamics, we have not grown as we anticipated,” Phillips spokeswoman Caroline Tippett said in a statement. “Our Baltimore plant is simply too big, and we don’t have the capacity to fill the space.”

On a national level, statistics can be used to try and hide the ongoing devastation in the economy. But businesses have to make decisions based upon real world conditions. It's just that simple.
Posted by Bill Hicks at 5:56 PM