U.S. Environmental Satellite System ‘Is At Risk Of Collapse’ And Could Decline 75% By 2020 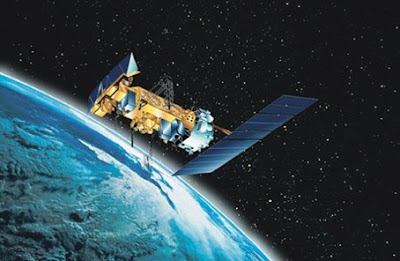 Hat tip to Vinland of Silent Country for alerting me to this story.

Despite spending nearly a trillion and a half dollars more than it has taken it from taxes every year for the past four years, the federal government is still having difficulties maintaining its basic services. Here is Think Progress with the story:


The Nation’s leading scientists have issued a stark warning: America’s ability to monitor the environment is rapidly diminishing. And if we don’t properly fund our satellite capabilities, the country could lose three quarters of its Earth observation systems by 2020.

That alarming conclusion comes from the National Research Council in a new report assessing the progress of the nation’s Earth observation programs. In short: our leading scientific institutions aren’t actually making much progress.

Rather, a lack of funding and infrastructure will result in “a rapid decline” in our ability to monitor extreme weather and changes to the climate.

Like everything else, it all comes back to money...in this case, the lack of money for anything other than entitlement programs and defense war contractors:


There are three major factors contributing to this unprecedented decline in Earth monitoring capabilities: budget cuts, a rapidly aging fleet of satellites, and a lack of launch capabilities.

The budgetary issues have been ongoing. According to the NSA progress report, NASA’s Earth science program still hasn’t been funded to the requested $2 billion to meet future objectives.

Officials at these agencies say that more money is needed to replace the fleet of aging satellites that will inevitably fail in the coming years. According to the NSA report, there’s also a severe lack of launch vehicles for Earth satellites that “directly threatens programmatic robustness.”

After all, satellites aren’t much good without a way to launch them.

If this story doesn't portend a society in the early stages of collapse, I don't know what would.
Posted by Bill Hicks at 5:51 PM