Why I Don’t Care About Voter ID Laws 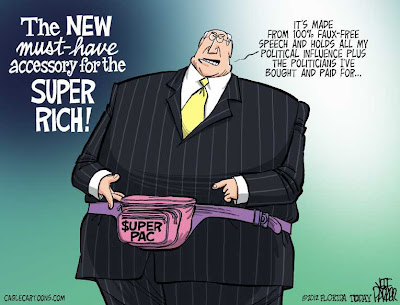 We have reached the point in this country that the many distractions have become so numerous that most people don’t even recognize them as distractions anymore. Take, for example, one issue that always gets the liberals and progressives whipped into a raging froth: voter ID laws. Around the country, the Republicans have been passing these laws in a blatant attempt to keep down the numbers of minority and poor voters, thereby presumably suppressing Democratic vote totals at election time. How horrible, the thinking goes, that citizens are deprived of their basic Constitutional rights like this. How can such a thing happen in a representative democracy?

The answer, of course, is that it doesn’t. But then again, “representative democracy” in this country has become a hollowed out façade, a farce that exists only to keep the gullible and the distracted from recognizing that America has in fact become an corporate oligarchy in which the concerns of average citizens matter not one bit, and the hardships facing the members of the underclass who are being disenfranchised by these laws count for even less.

Nothing so dramatically illustrates this point than the upcoming presidential election. I would challenge those who think this issue is at all important to make a reasonable argument that the lives of poor people will materially change in any way during the next four years as a result of this contest between two poodles who are bought-and-paid for by Wall Street. If Obama wins, he will just keep doing what he has been doing for the poor for the last four years: jack shit. Witness how he even allowed Acorn to be thrown under the bus after that organization, which WAS dedicated to helping underclass citizens, helped him win the 2008 election. And for obvious reasons, Romney would hardly be an improvement.

Until such time as the power of the big corporations and Wall Street to completely control the political process is broken, the battle over Voter ID laws will be yet another pointless distraction designed to keep people from recognizing what the real problem is, that all of us who are not millionaires or billionaires are in fact disenfranchised. And in this post-Citizens United dystopia of ours, I see zero chance of that changing any time soon.


Special Friday Morning Bonus: From my new You Tube channel, The Hangdogs sing perhaps the best song I've ever heard summing up our collective predicament:


Twenty floors up in a new high rise
They hate their boss, plot his demise
They play their stocks and their PR lies
And sip their whiskey sours

Well, the streetcar preacher says just have faith
Says Jesus coming back to take us home someday
But he's running short on time
And something left to save