Nazi Germany’s Example and the Future of America (Part 1) 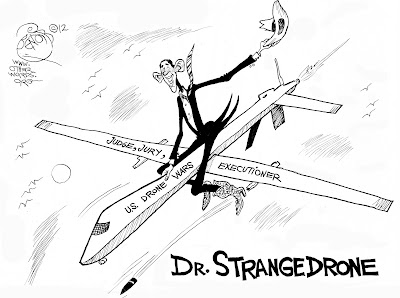 I’ve always been an avid history buff, with a particular fascination for the peculiar and tragic trajectory of Germany during the years 1919-1945. Part of it has to do with my German heritage, but there’s also a voyeuristic aspect to it—I mean, how can one’s attention NOT be drawn to the spectacle of history’s greatest national train wreck?

Despite my obsession with all things National Socialist, however, I usually try to avoid making Nazi Germany analogies when writing about current events. It’s been my experience that most people who make such comparisons have no more than a superficial understanding of Adolf Hitler and his movement, and throwing out the charge that someone you disagree with is a Nazi is the quickest way to shut down any reasoned debate. For example, no American leader that has appeared on the scene as yet (no, not even George W. Bush) has earned being mentioned in the same breath with Hitler, and those who engage in such frivolous name calling never seem to notice that a modern day Gestapo doesn’t then immediately break down their door and haul them off to a concentration camp, as WOULD likely happen if we really were experiencing the second coming of the Third Reich.

Nevertheless, there actually are some parallels that can be usefully examined between Hitler’s twelve year reign and what is happening in America today. First and foremost is the prevailing attitude of “exceptionalism” that exists among the respective ruling classes of each country. The Germans of the 1930s really believed that Germany’s destiny was to rule most of Europe if not the world, and in their hubris they failed to recognize that however much the Nazi regime was able through extensive propaganda and intimidation to stifle dissent and get the vast majority of the population working towards that goal, Germany’s geopolitical situation—particularly the fact that a lion’s share of the world’s known oil reserves at the time were controlled by its two biggest potential enemies—was in fact going to make such a conquest impossible.

America today, of course, faces a much subtler but no less limiting reality—that the worldwide production of oil and other resources needed to continue growing our mammoth-sized economy and hence maintain our global military hegemony is peaking and soon to go into irreversible decline. Just as the Germans stubbornly refused to acknowledge that the combined economic and military might of the U.S. and the U.S.S.R. was going to be impossible for their nation to defeat in a global conflict, America’s “leaders” today are just as determined that maintaining a military presence on every continent and in every ocean is not a policy subject to natural limits.

Though obviously much shorter lived, the German empire built by the Nazis followed a trajectory very similar to our own. Germany in the 1930s went through a period of rapid expansion not all that dissimilar to how America aggressively conquered a continent and then began expanding its reach overseas. The amount of physical territory acquired by Germany didn’t actually peak until 1942, at the time of its greatest advance on the eastern front but well beyond the point where its battlefield successes were going to be sustainable in the long run. Likewise, America’s “Operation Barbarossa” moment came in the wake of 9/11 when the Bush administration decided to double down on America’s planetary hegemony by launching two wars of choice in the Middle East while simultaneously expanding both our military presence around the globe and the national security state here at home. Ten years later, the national debt has nearly tripled in size and we have already passed the point where our “successes” at expanding the reach of the empire during the War on Terror will be sustainable in the long run.

For purposes of this discussion, however, it is far more telling to examine what happened in Germany once it should have become obvious to even the most thickheaded Nazi that the country was dangerously overextended and a day of reckoning was rapidly approaching. By early 1943, Stalingrad had been recaptured by the Soviets, all but sealing the eventual fate of the German armies on the eastern front. U.S. and British planes were making frequent appearances in the skies above German cities, wreaking havoc with their bombing raids. Later during that same year, allied armies also invaded Italy, causing the government of Germany’s most important European ally to collapse. Any realistic analysis of the military situation at that point would have concluded that Germany’s prospects of winning the war were hopeless and the Nazi regime was doomed despite the fact that the country still controlled a vast amount of territory.

And yet, under new Armaments Minister Albert Speer the years 1943 and 1944 were the most productive for Germany in terms of producing munitions for the war effort, despite the frequent air raids that battered the factories and killed and maimed many of those who worked in them. How did the Germans accomplish this? Resorting to slave labor was part of the answer, but more importantly, despite its increasingly hopeless situation the Nazi government was able to marshal all the nation’s remaining resources into preventing collapse for as long as it could possibly be prevented.

The lesson for those of us in the reality based community who are reading the many indicators pointing towards a future collapse of the United States is quite apparent: governments that find themselves backed into a corner are capable of putting forth extraordinary efforts in attempting to stave off the inevitable. There has been a lot of speculation that one day the whole system is just going to lock up—gas stations will run dry, the supermarket shelves will be quickly emptied and the electrical grid will stop functioning—causing mass panic, especially in the cities. The experience of the Germans who lived through the Nazi period shows that such an overnight unraveling is extremely unlikely and that a government that still has resources available to it will use those resources to prevent a fast collapse at all costs, even if the effort merely prolongs the agony.

Make no mistake—it might be the Nazi Germany equivalent of early 1943 in America today, but on the whole our country still has a tremendous amount of resources available to it. Even if foreign supplies of oil were cut off completely, there would be enough domestic production (to say nothing of Canadian production) to support a functioning government. The nation is also still blessed with a huge amount of agricultural land, meaning that mass starvation is unlikely so long as the government can ensure that enough of the remaining oil supplies are dedicated to food production.

Obviously, such a scenario would require a greatly reduced standard of living on the part of the average American, something we would not expect to happen without considerable domestic unrest. How the American government is likely to react to that eventuality and deal with a discontented population will be the subject of part two of this essay to be published on Monday.


Bonus: From my You Tube Channel - "Don't want to live vicariously...in a virtual reality...shopping malls and prison walls all look the same to me"