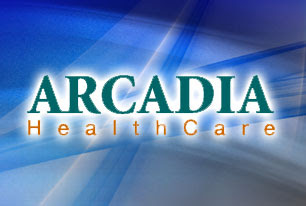 Something ominous in going on in the health care industry. Even as some health care CEOs have become the highest compensated chief executives in the country, a lot of companies are undergoing layoffs. Arcadia Resources, in particular, went from rapid expansion to fast collapse in just a couple of years. Here is the Indianapolis Business Journal with the details:


A major lender to Arcadia Resources Inc. has moved to foreclose on the struggling Indianapolis-based business, which in turn agreed to cease operations.

Arcadia reported the foreclosure agreement with Dallas-based Comerica Bank, which Arcadia owed $11 million, in a Thursday filing to the Securities and Exchange Commission.

The closing represents the probable final fall for the once-promising health care company. Just two years ago, in May 2010, the company announced a huge expansion that it expected would add 930 jobs in Indiana by 2013.

But, according to the company’s last annual report, filed in June 2011, Arcadia administrative staff had fallen slightly in the previous year, to 229. Its field staff, most of whom are not in Indiana, had remained steady.

To help pare down debt, Arcadia completed the sale of its DailyMed pharmacy business in February to a subsidiary of Illinois-based Walgreen Co. But the $2 million in proceeds from the sale went entirely to satisfy a debt to one of DailyMed’s suppliers.

I have been predicting here on TDS that the health care industry is yet another financial bubble that will implode in the coming years. Perhaps we are right now seeing the first signs of that collapse.
Posted by Bill Hicks at 6:37 PM