A Marine Learns an Important Truth about the Empire 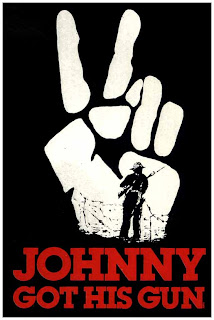 Last week, the Occupy movement received a huge boost in public sympathy when the Oakland Police Department stupidly chose commit a wanton act of brutality by apparently firing a tear gas shell in a manner designed to maim the crowd rather than merely controlling it. It was their “bad luck” that the protester whose head got in the way and who was knocked into a coma by the round was a former Marine and two-tour Iraq War veteran. The progressive blogosphere and sympathetic mainstream media sources like Keith Olbermann were all over the story almost immediately—seizing on and highlighting the victim’s service record.

This incident was the latest in a serious of deplorable acts on the part of police around the country who have engaged in unwarranted confrontations with the Occupy protesters. Despite the very justifiable rage of those participating in the demonstrations, their peaceful restraint has been nothing but admirable. Given the huge numbers who have been occupying various cities around the country, you would have thought that at least one hothead would have provoked a violent confrontation by now. Instead all of the violent provoking has so far been on the law enforcement end.

Still, I couldn’t help but being depressed that those among the pundit class who sympathize with the protests felt they had to so relentlessly hype the fact that the unfortunate victim was a Marine and a war veteran. I know they are anxious to show that the protesters are more than just a bunch of “dirty college hippies,” but the fact that the poor soul who ended up in a coma had been a foot soldier in America’s imperial wars does not make this crime any more or less severe than had he been a third year philosophy student at Berkeley.

Don’t get me wrong. It is a great thing that Scott Olsen and many of his former fellow soldiers and Marines from the group, Iraq Veterans Against the War, have chosen to join the Occupy movement. These brave young men and women have woken up to the fact that they have far more in common with the other young adults of their generation who went to college rather than volunteer for the military than either group has with the “one percenters.”

The real lesson here, however, is that just because you raise your right hand at the recruiting center, put yourself through the hell that is basic training and then spend a year or multiple years in the desert halfway around the world fighting people you have no personal quarrel with for the economic interests of the empire, it in no way, shape or form makes you any more valuable to the elites who sent you there. They don’t care about you, and despite your service should you ever stand up like Mr. Olsen did and try to object to having been so callously used, you too might find yourself on the wrong end of a tear gas gun, flash bang grenade or even worse.

It’s a lesson that far more people in the United States today need to learn, up to and including those cops on the other side of the barricades. You are perfectly expendable—a piece of meat who will only be thrown some crumbs by the select few who sit at the big table as long as you continue to play ball and keep your fucking mouth shut. I think back to the protagonist in Dalton Trumbo's horrific World War One novel, Johnny Got His Gun, who doesn’t learn this lesson until it is far too late. Years after the war, when he is lying in a hospital bed, blind and deaf, his arms, legs and face blown off, unable to communicate with those taking care of him, he angrily thinks:


Somebody said let's go out and fight for liberty and so they went and got killed without ever once thinking about liberty. And what kind of liberty were they fighting for anyway? How much liberty and whose idea of liberty? Were they fighting for the liberty of eating free ice cream cones all their lives or for the liberty of robbing anybody they pleased whenever they wanted to or what? You tell a man he can't rob and you take away some of his liberty. You've got to. What the hell does liberty mean anyhow? It's just a word like house or table or any other word. Only it's a special kind of word. A guy says house and he can point to a house to prove it. But a guy says come on let's fight for liberty and he can't show you liberty. He can't prove the thing he's talking about so how in the hell can he be telling you to fight for it?

No sir anybody who went out and got into the front line trenches to fight for liberty was a goddamn fool and the guy who got him there was a liar.

You can be a dutiful citizen and pay your taxes, sign up to go fight in the latest war against people trying to protect their homeland from exploitation, be the perfect obedient worker serving in the holy temples of American consumerism or even go out wielding a baton to bust the skulls of troublesome protesters, but you will never, ever get a seat at the big table. It is off limits to you and your ilk. If your labor is no longer profitable, they will still lay you off. If you miss some payments on your mortgage they will still evict you. If you get seriously sick or injured and don’t have health insurance you will still be bankrupted if not actually allowed to die. And if you try to object you will be the one who finds yourself on the wrong end of that flying baton or tear gas grenade shell.

The quicker you wake up these basic facts, the better off you will be. America faces a crisis far more dire than any it has faced before. The peak oil-induced end of the era of economic growth and the beginning of the period of permanent economic contraction will mean a free-for-all scramble by the elites to secure for themselves as much of the country’s remaining wealth as possible. At some point in the future, your economic interests WILL conflict with theirs. And by then it will be too late to stand with those who are today rallying on behalf of the 99%.
Posted by Bill Hicks at 9:49 AM