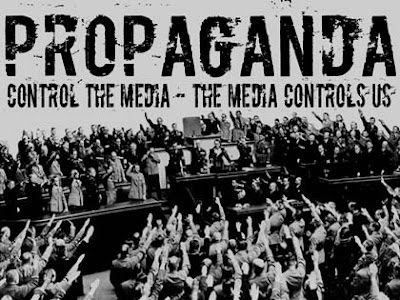 Once again, the myth that there is any such thing as a "liberal media" in the United States has been exposed as a laughable falsehood. Here is The Raw Story with the details:


A broadcaster that hosts several programs that air on NPR was reportedly fired Wednesday for her participation in “October 2011/Stop the Machine” protests in Washington, D.C. after conservative websites suggested “apparent ethics violations.”

Lisa Simeone said Thursday that she was read NPR’s code of ethics as she was fired as the host of Soundprint.

To Ms. Simeone's credit, she didn't take her firing lying down:


“I find it puzzling that NPR objects to my exercising my rights as an American citizen — the right to free speech, the right to peaceable assembly — on my own time in my own life,” Simeone told WarIsACrime.org’s David Swanson, a noted peace activist. “I’m not an NPR employee. I’m a freelancer. NPR doesn’t pay me. I’m also not a news reporter. I don’t cover politics.”

“This sudden concern with my political activities is also surprising in light of the fact that Mara Liaason reports on politics for NPR yet appears as a commentator on FoxTV, Scott Simon hosts an NPR news show yet writes political op-eds for national newspapers, Cokie Roberts reports on politics for NPR yet accepts large speaking fees from businesses. Does NPR also send out ‘Communications Alerts’ about their activities?”

Mara Liaason, Scott Simon and Cokie Roberts haven't been fired from their NPR gigs or even reprimanded because they play the game. Which means that even if you are supposedly "leftist" you can at times be mildly critical of the system, but must not EVER be seen to stand in real opposition to it.

Ms. Simeone's example should serve as an important lesson to liberals and progressives everywhere that NPR is no more a reliable source of unbiased information than is Fox News. It would be supremely ironic if, by demanding Ms. Simeone's ouster, the conservative media websites that raised this issue instead caused NPR's somnolent audience to wake up to what is really happening in modern day America. But I'm not holding my breath.
Posted by Bill Hicks at 8:36 PM