The Quiet Environmental Catastrophe: The Trees are Dying Due to Air Pollution 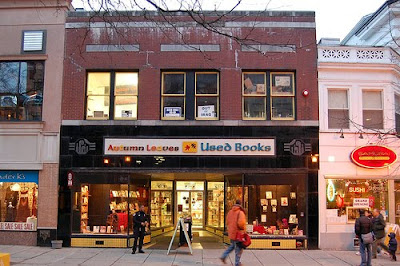 The week before last my wife and I took our annual fall trip, visiting the Finger Lakes region of upstate New York for a few days. It was the fourth time we’ve been to that area, of which we have grown quite fond. I remember being struck the first time we went there a decade ago by how brilliantly vibrant the fall colors were. The ridge lines in between the lakes, in particular, were an explosion of orange, red and yellow, much more dramatic than we ever see down here in Virginia.

The second time we visited in 2006, it was more of the same. This time we stayed in Ithaca on the southern shore of Lake Cayuga, which has become our preferred destination in the area. Ithaca, to paraphrase the local civic slogan, really is gorgeous, situated not only next to the lake but also amidst a whole region of deep canyons, rushing streams and spectacular waterfalls. And trees…lots and lots of trees, that were every bit as colorful as I had remembered from our first trip to the region. As you can see from the photo above, the large used bookstore in downtown Ithaca on the commons is even called Autumn Leaves.

We didn’t make it back to Ithaca again until last year, and although we once again had a fabulous time, hiking in the many parks, following the wine trail around the lake and eating at fine restaurants like nationally-famous Moosewood, I couldn't help noticing that the fall colors were actually very much absent. Instead, many of the trees were either still green, browning or had already lost their leaves. I didn’t think too much about it at the time, writing the lack of color off to perhaps the effects of a lingering drought or something.

Well, before this year’s trip began I had started reading a blog with the clever name of Wits End, by Gail Zawacki, an environmental writer and activist who lives on a farm in New Jersey. Gail has done a lot of research about the reason the fall colors have been absent in not just the Finger Lakes, but all over the country, and has identified the culprit: air pollution, more specifically ground-level ozone. Gail herself explains in an excerpt from the Basic Premise on her blog:


…does anybody stop to think what ozone must be doing to long-lived species - trees and shrubs and even lowly mosses - that suffer from cumulative exposure, season after season?

Answer: it's killing them incrementally - and most tragically, imperceptibly to most people.

The preindustrial level of ground-level ozone was in essence, zero. When it became obvious over fifty years ago that inversions and high spikes downwind of polluting sources were killing vegetation and sickening people, industries very cleverly learned to disburse the precursors. They built tall stacks and restricted some auto emissions, thus reducing much visible smog, and reined in locally extreme peaks of ozone concentration. Because the VOC's travel across continents and oceans, over decades the global background concentration has been inexorably rising - damaging trees everywhere on earth at a rapidly accelerating rate. Virtually no one is asking what role ethanol emissions might play in the most recent increase in dying trees.

That trees are dying is empirically verifiable by a cursory inventory. Characteristic symptoms you can readily locate in any woods, suburban yard, park or mall include stippled, singed foliage; yellowing coniferous needles; thinning, transparent crowns; cracking, splitting, corroded, oozing and stained bark; early leaf senescence; loss of autumn radiance; holes; cankers; absence of terminal growth; breaking branches; and ultimately, death. Why isn't this simply due to climate change and/or drought? Because, the identical foliar damage is to be found on plants growing in pots with enriched soil and regular watering - and even aquatic plants that are always in water.

I thought I was pretty well read regarding the ills that are plaguing our modern industrial civilization and the damage it is wreaking upon the natural world, but I have to admit that before reading Gail’s blog I had never heard about nor had considered the ground level ozone problem. So with this new awareness in mind, I decided to observe the trees more closely during this year’s fall trip. And you know what? Gail is absolutely right.

The trees in the Finger Lakes region appeared exactly as they did last year—dull and largely devoid of bright colors where they hadn’t already lost their leaves. No way the lack of color could be chalked up to drought this year, as the whole area is still recovering from the horrific floods it suffered during Tropical Storm Irene. Ithaca is still gorgeous, especially this time of year, but thanks to air pollution it has become a lot less colorful in October. And if ethanol really is greatly contributing to this phenomenon, that is very much proof that if there is a God, he or she has a perverse sense of humor.

Lest you think this is all just an inconvenience for vacationers and of little relevance otherwise, here is Gail again with why you should care:


What are the implications of a world without trees? Much the same as the parallel acidification of the ocean, which is destroying coral reefs that will lead to a collapse of the entire ecosystem.

Imagine a world without lumber, or paper...without shade, shelter, or habitat for birds and other wildlife...without walnuts, almonds, avocados, apples, pears and peaches...to say nothing of losing the splendid primeval magnificence of beautiful maples, oaks, hemlocks, tupelo, ash and sycamore. All of the species that depend upon trees - including humans - will ultimately go extinct without them.

As billions of trees expire, they are already turning from an essential carbon sink to carbon emitters, driving climate change to become even worse than the worst predictions. And how we will replace the oxygen they produce, to breathe? There is evidence that phytoplankton, the other major producer of oxygen and the base of the food chain in the ocean, has been reduced by 40% - and that they are absorbing ozone as well. Earth is a closed system, like a closed garage - with a car running inside. The invisible but deadly exhaust fumes are building up and up. If we don't turn off the engine everything will die, sooner or later.

If you care about the trees at all, or even if you just want to know more about this dire issue that, unlike climate change, is receiving very little publicity, I strongly urge you to check out Gail’s blog. It’s depressing to think about yet another way we humans are shortsightedly destroying the natural world, but my own personal philosophy has always been that it is better to know what ails the world, even if changing your own personal habits will have only a minute positive effect, than to bury your head in the sand.
Posted by Bill Hicks at 9:22 AM