The Atlanta Police Department is Also Full of Morons 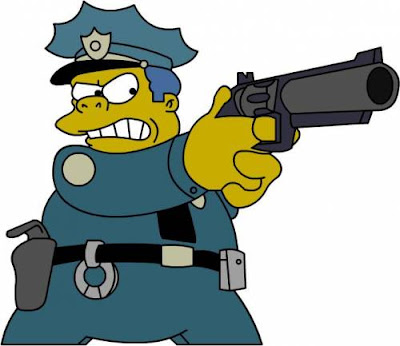 
Atlanta police are launching an internal investigation into the case of a woman who was arrested by mistake and held in jail for nearly two months, Channel 2 Action News reports.

Police are seeking to determine what happened and if any policies or procedures were violated in the arrest of Teresa Culpepper, who spent 53 days wrongfully incarcerated in Fulton County Jail because she had the same name, Teresa, as a woman wanted by authorities.

Well, gee, Teresa isn't exactly an uncommon name. From what I've observed, there are a lot of Teresas running around these days. Certainly, the cops have ways of distinguishing one from another. Right? Am I right? Anyone? Bueller?

Channel 2 tracked down the Teresa actually wanted by police, and the woman told the TV station she had never been arrested for the alleged offense.

I really don't know what's the more depressing part of those last two paragraphs, the fact that the Atlanta Police Department utterly failed to do even basic due diligence before arresting the unfortunate Ms. Culpepper, or that the teevee station managed to go out and find the real culprit. You really can't make this stuff up, because if you tried no editor would ever buy it.

If the Atlanta Police Department's internal investigation ends like most such inquiries do, they will do doubt exonerate themselves of any wrongdoing. At which point, the Atlanta PD will be effectively telling the world that, yes indeed, our department is full of morons.
Posted by Bill Hicks at 9:55 PM