Another Sign of the States in Distress: Overloaded Court Systems 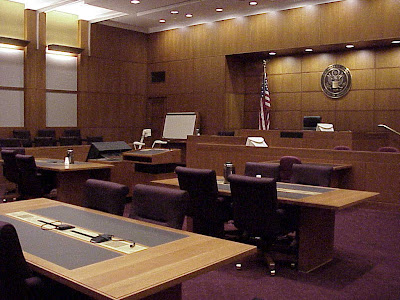 State budget cuts are not just affecting school teachers and police officers. The nation's court systems are under duress as well, as reported yesterday by CBS News:


State legislatures looking to cut budgets are increasingly targeting the courts, which have been forced to lay off thousands of staff workers.

Engineer Doug Reed wants to start his own management consulting business, and, uncertain of his cash flow, he filed to lower alimony payments to his ex-wife. That was in July, 2010.

"I was hoping to have it finalized by the fall," Reed said.

Now 14 months and counting, his case is languishing in the overburdened Massachusetts court system. The earliest Reed expects to be seen now is Dec. 5.

Since 2009, 14 percent of the trial court budget has been cut in the state, resulting in the loss of almost 800 employees. While criminal cases still have priority, the same does not hold true for everyday civil matters like business disputes, divorces and custody cases.

At least 34 states cut their court budgets this year. New York laid off 367 workers in May. Alabama will cut its budget by 10 percent. In California, the Superior Court of San Francisco will let go 15 percent of its staff and shutter 14 courtrooms.

With fewer staffers, judges can barely keep up.

"They're doing work through lunch. They're coming in early. They're staying late. They're using vacation days to write cases," said Mary Manzi, a recently retired probate and family court judge.

It should be pretty obvious by now that the slow grinding economic collapse is affecting American institutions at nearly every level. The really scary part is that all of these state government cutbacks have been occurring during a time in which the economy's free fall was temporarily halted by an insane level of federal deficit spending. The big question is how bad is it going to get now that the next big economic shock wave appears to be imminent?
Posted by Bill Hicks at 6:45 PM