Life DURING the Oil Crash 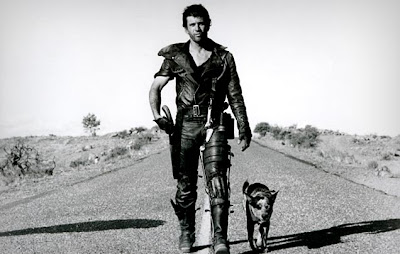 It was around one year ago today that former Peak Oil writer and activist Matt Savinar pulled the plug on the old Life After the Oil Crash forum and went off to become a professional astrologer. It was one of the weirdest spectacles of someone turning their back on their life’s work I have ever witnessed. I have no idea why Mr. Savinar chose to do what he did, but I suspect that perhaps after years of predicting the demise of our cheap oil-based civilization he simply got tired of waiting around for it to happen.

I actually owe Matt Savinar an extreme debt of gratitude. Whatever foibles caused him to flame out in such a spectacular manner, I learned a lot during the two plus years I was a member of LATOC. Though I have clear childhood memories of the 1970s oil shocks and have always harbored a lingering suspicion that something was very wrong with our modern society, I didn’t actually become aware of peak oil until I read Jim Kunstler’s book, The Long Emergency, in February 2008.

Those were scary times. Oil prices had just entered triple digits for the first time, and wild predictions that it would soon hit $200 or $300 seemed eminently plausible. I joined LATOC soon after finishing Kunstler’s book, and was grateful to find an online community that recognized the seemingly imminent catastrophe. That summer oil spiked to $147 a barrel, and when the financial world began to fly apart during September in the wake of the Lehman Brothers collapse, I figured it would only be a manner of months until Mad Max himself came riding over the horizon.

Well, as we all know, the fast crash didn’t happen. Our so-called “leaders” belatedly recognized the danger and pulled out all of the stops to prevent it. Since then, we’ve been living in an economic never-never land, in which if you are still employed all seems normal—except that the normalcy is being purchased by massive amounts of unsustainable government debt.

As time has passed, my own personal panic about the onset of peak oil and resource depletion has abated, and I’ve come to recognize that a complete collapse of our modern civilization will likely not happen for quite some time yet. Kunstler smartly called it a LONG emergency for a good reason. Like with ancient Rome, what took centuries to construct is unlikely to come flying apart overnight.

Perhaps the biggest mistake Matt Savinar made was calling his now-defunct website Life AFTER the Oil Crash. It should be pretty clear by now that although we have entered the initial stages of the end of the cheap oil era, it is going to be a long time--likely several decades--before we reach the point of a completely powered down world. Instead, it is more accurate to call this period we are now living in Life DURING the Oil Crash.

So welcome to LDTOC. What a long, strange trip it's been, and will no doubt continue to be.
Posted by Bill Hicks at 7:22 AM