Motorola to the State of Illinois: Drop Dead 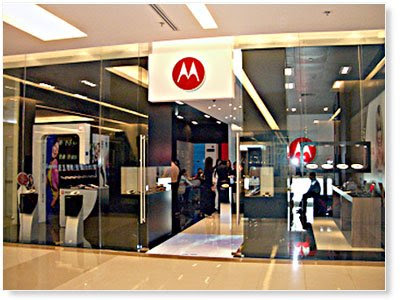 If you make a deal with the devil, you shouldn't be surprised when he turns around and sticks a pitchfork up your ass:

The Libertyville-based mobile-phone maker expects the job cuts will cost it $31 million, according to a filing with the Securities and Exchange Commission


So why is this so unexpected?


The cell-phone maker agreed to keep 3,000 jobs here when the incentive deal was announced in May. But the agreement with the state calls for Motorola Mobility to maintain a workforce of 2,500, the paper reported. It said the cell phone maker employed a total of 3,290 at its Libertyville headquarters and in Chicago.

That's right, Illinois, we'll take your tax incentives and do the absolute minimum we need to do to employ your slackjawed workers. But hey, say hello to former Gubbner Blaggo in cell block 6 for us, will ya?

And before I forget, here is the usual corporate-blather about how great all of this is for the bottom line:


A spokeswoman said in a statement, "Motorola Mobility continues to focus on improving its financial performance by taking actions to manage the company's costs.”

Personally, the first "company cost" I would eliminate is anyone who draws a large salary to spew such inane drivel. But that's just me.
Posted by Bill Hicks at 6:27 PM