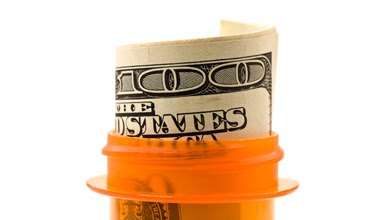 The corruption in nearly every aspect of American life these days is so pervasive that trying to call it out is like trying hold the ocean back with a broom. The latest example, as reported yesterday by CBS News is from our notoriously broken for-profit health care system:


A dozen pharmaceutical companies have given doctors and other healthcare providers more than $760 million over the past two years - and those companies' sales comprise 40 percent of the U.S. market.

The numbers come from the non-profit journalism organization Pro Publica, which assembled and continues to update a database on the payments.

The payments, says Pro Publica, are for consulting, speaking, research and expenses on the part of the providers.

Well, of course they are. Otherwise, you might be tempted to call these payments what they really represent: bribes. At least there is one guy who gets it:


With bucks that big flying around, is the quality of care offered by providers accepting them compromised? "Absolutely," said Dr. John Santa, head of the Consumer Reports Health Ratings Center.

Santa says he'd be reluctant to advise someone to go to a doctor who has that sort of relationship: "The issue is, who are you working for? Me, as the patient? Or the drug company you're taking money from?"

Do the payments result in doctors not giving patients the least expensive drugs in some cases?

"Absolutely," Santa replied. "We know from our studies and others that there are still many opportunities for doctors to prescribe generic drugs and they're not doing it, and one of the reasons is these financial relationships."

Keep this example in mind the next time you hear some asshat politician spouting off about "socialized" medicine. What they are really doing is defending the right of the corporate interests to continue to earn maximum profits from health care even though the costs are rising so far above the rate of inflation as to make the whole system unsustainable.
Posted by Bill Hicks at 1:09 PM