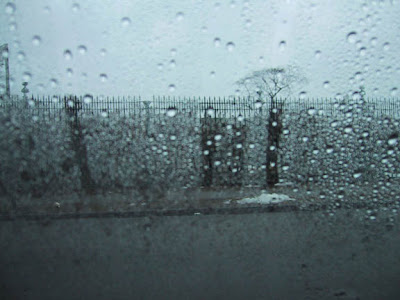 This story that appeared today on the website of a local Indana television station is hardly out of the ordinary these days:

The county is cutting back to a four-day week as part of as package of budget cuts. County Commissioners president Todd Donati says having workers stay home will save nearly $600,000 in pay, plus whatever the county can save on utilities.

County offices will offset some of the reduction by opening a half-hour earlier and closing a half-hour later Monday through Thursday, leaving them open 8-to-5. The Friday closing still cuts workers' pay by 10-percent.

But what struck me was this little tibit at the end of the article:


The county had to close an $8 million shortfall for 2012. Donati says the bulk of the money is being made up by stowing less cash in the county's rainy day fund.

If what we are now expereincing in this economy was a temporary condition rather than the New Normal, this move might make sense. Unfortunately, the "rainy days" are here to stay. So what happens in future years when the rainy day fund is gone?
Posted by Bill Hicks at 12:08 PM