Aye, Carumba! The Simpsons May Become the Victims of Budget Cutting 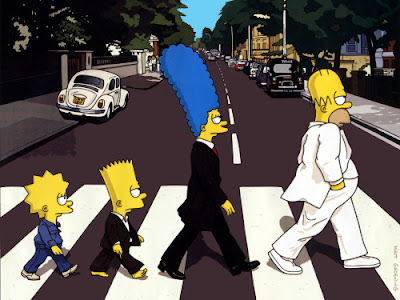 Looks like Homer, Marge, Bart, Lisa and Maggie may finally be getting run out of Springfield. Here’s Reuters:


The future of animated TV comedy "The Simpsons" was up in the air on Tuesday after 20th Century Fox Television said it could no longer afford to produce the show without a huge pay cut for its cast.
Fox Television, a unit of News Corp, issued a tough statement after a report that it had threatened to end the subversive series unless the voice actors take a 45 percent pay cut.

"We believe this brilliant series can and should continue, but we cannot produce future seasons under its current financial model," Fox said.
"We are hopeful that we can reach an agreement with the voice cast that allows 'The Simpsons' to go on entertaining audiences with original episodes for many years to come," the statement added.

"The Simpsons" is the longest-running comedy series on U.S. television and is currently in its 23rd season on Fox. The show also generates billions of dollars through global syndication, as well as DVD and merchandise sales.

The Fox statement followed a report on news website The Daily Beast that the principal voice cast members -- including the voices for Homer (Dan Castellaneta), Marge (Julie Kavner), Bart (Nancy Cartwright) and Lisa (Yeardley Smith) -- were having difficulty renegotiating contracts that currently see them earning around $8 million each per season.


I was a big fan of The Simpsons in the early 1990s when the show was still fresh and edgy, and regularly raised the ire of dimwitted politicians like President Daddy Bush. Unfortunately, the big money the show earned when it became adopted by the mainstream caused it to drag on well past the point where it retained any value as a cultural critique. Any art form that earns billions of dollars in sales and whose artists make $8 million per year has little relevance as anything other than mindless mass entertainment. I would argue that the budget cuts aren’t what are killing the Simpsons, but rather the obscene amounts of money the show earned in the first place.
Posted by Bill Hicks at 6:09 PM