Friday Rant: A World of Shit 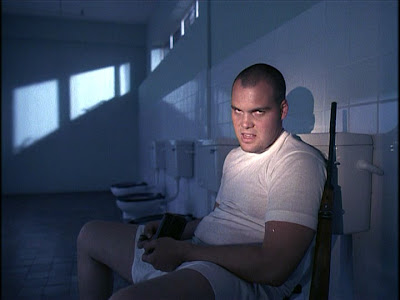 Last Saturday, I wrote a blog post about the travails of actress Lindsay Lohan and how the white-hot glare of fame caused her rapid descent into the living hell of hopeless narcotics addiction. Though her fans may have thought she had it all and her detractors may demonize her for throwing it all away, it is pretty clear that poor young Lindsay Lohan is very much living in a World of Shit.

In that she is no different from millions of her fellow countrymen. People whose lives are being torn asunder by forces of which they are neither aware nor are able to comprehend. Because America has entered the era of permanent peak oil-induced economic contraction, they have lost their jobs and will likely never be meaningfully employed again. These aimless and idle citizens of the empire have been cast adrift in a brave new World of Shit.

Countless young Americans have graduated from college since the spring of 2008. Many of them took on huge amounts of student loan debt in order to obtain that coveted degree because they were conditioned to do so by our so-called “leaders’ and their cheerleaders in the mainstream media. Some of these unfortunate young people are right at this very minute occupying various sites around the country in protest of their plight. But many more have likely succumbed to an abject feeling of sheer helplessness and now realize that rather than being young men and women of great expectations they are instead debt slaves in a World of Shit.

Even more countless Americans are among the many millions who lack even basic health insurance coverage. For these poor souls, any major illness or injury that should happen to befall them means financial destitution and possibly even premature death. So that the profit margins of the corporate interests which control the American health care system not be unduly affected, these unfortunate suffering human beings now find themselves in a painful and uncaring World of Shit.

Other Americans have overstretched themselves financially—borrowing huge amounts of money in a vain attempt to live the kind of lifestyles their teevees tell them they ought to be living. In their hopeless quest to keep up with the Joneses they have instead found themselves evicted, bankrupt and destitute. These delusional citizens who foolishly believed in the American Dream have woken up and discovered that their new reality is actually a nightmarish World of Shit.

But there are still many others…those with the good fortune to still be employed and who are largely oblivious to the suffering of so many of their fellow Americans. They continue to carelessly consume and revel in our celebrity-obsessed culture, twiddling on their electronic gadgets and never once giving thought to the evils perpetrated on the natural world and on citizens of other nations in order that they be able to maintain their comfortable and insular existence. They heed not the cries of those already in need, nor the warnings that their way of life is utterly unsustainable. Most of them will never wake up to what is happening all around them until that inevitable day of reckoning comes when they too find themselves being forcibly ushered into a permanent World of Shit.
Posted by Bill Hicks at 6:52 AM