Counterintuitively, the U.S. Crime Rate Has FALLEN During the Great Recession 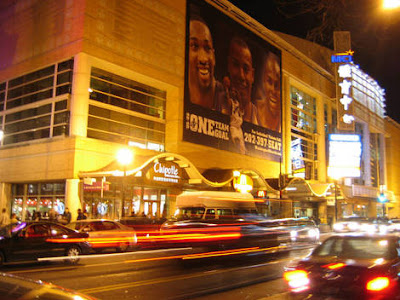 Lest my readers think that I am addicted to bad news, today I take note of an interesting little tidbit that appeared in last week's issue of the Economist about falling U.S. crime rates:


It may be of little comfort to their residents, but there was at least some good news for the American states hardest hit by recession, in the regional crime data recently released by the US Department of Justice. Nationwide, crime rates have been falling for two decades, a trend that continued through the recession. The latest figures reveal the surprising depth of the decline in property crime between 2007 and 2010. In the states which suffered the biggest drops in per-person income, such as Nevada, the rate of property crime has also come down most. If such crime is a rational act, one might expect it to increase as residents get poorer and more desperate for cash. But the recession also hit the incomes of the victims of crime, perhaps reducing the opportunities for criminals to steal from them. This second effect seems to have been greater during the recession, and in fact the correlation is strongest during its worst period, 2008-09. Other plausible explanations can't be ruled out; perhaps criminals, or at least those most likely to commit crime, are migrating to growing states. Others may be reducing police budgets less, or locking up more criminals, for reasons unrelated to economic performance. Whatever the cause, the general downward trend in crime is some small relief in tough economic times.

When I moved to the DC area two decades ago, the city was just starting to emerge from the gang wars that caused the homicide rate to spike and become the highest in the nation. Shortly after I arrived there was a big newspaper headline about a drive-by shooting that occurred just a couple of blocks from the White House, and DC's crack head former mayor, Marion Barry, had recently been convicted and sent to jail. Most non-residents pretty much knew back then to stay away from any part of the city in which the address didn't include the suffix "NW" (which stands for the wealthy "Northwest" quadrant that includes Georgetown).

Nowadays, however, things have changed quite dramatically. While you still wouldn't want to go walking around after dark in the neighborhoods south of the Anacostia River or Northeast of Massachusetts Avenue, many areas that were once gang and drug infested war zones when I first arrived here have become yuppie havens, full of condo towers and upscale shops and restaurants. Two major sports stadiums were built in what used to be two of the worst neighborhoods in town, and the resulting re-gentrification has rendered both areas relatively safe even for suburbanites to visit.

My point is that if DC, which 20 years ago was called the "murder capital" owing to the 474 homicides that took place within the city limits in 1990, could turn around so dramatically it stands to reason that same thing has likely happened on a smaller scale in other areas as well. The peculiar thing is that while from 1993 to 2007 one would have speculated that the rapidly growing economy was the reason for the drop in crime, that doesn't explain why the crime rate has continued to fall during the past three years as the economy has been unraveling. America does have an insanely high incarceration rate compared to other industrialized countries, but many of our jail cells are filled with non-violent drug offenders.

Of course, from watching our horribly sensationalistic mainstream media and its "if it bleeds it leads" mantra, you would never know that the American crime rate has been falling for a generation now. Keeping people fearful is great for ratings, and not incidentally conditions them to look to government to enact much heavier-handed laws and enforcement measures to keep them "safe."

Will this downturn trend in crime rates continue as the economic collapse accelerates? I would be inclined to think not, but then again with so many desperate people out of work I would have expected crime to have exploded already. I would also have expected there to be massive violent protests in the streets across the country, but thus far there has also been very little such activity. The large recent protests that have occurred in Wisconsin and on Wall Street have been remarkably peaceful, but for some incidents of unprovoked police brutality.

Overall, I'm not really sure what to make of this story as it doesn't fit in with my usual theme of a nation coming apart at the seams. But on the other hand, I feel duty bound to report it as what I care about most on this blog is trying to figure out the truth about the way things really are rather than relying upon misconceptions, however much sense they may seem to make.
Posted by Bill Hicks at 6:50 AM