Top 10 Most Hated Companies in America 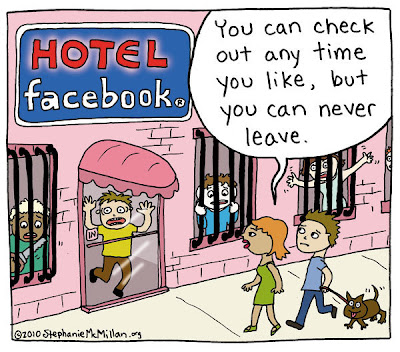 This was an interesting article from Yahoo Finance:


Customers, employees, shareholders and taxpayers hate large corporations for many reasons. 24/7 Wall St. reviewed a lengthy list of corporations for which there is substantial research data to choose the 10 most hated in America.

Research about companies comes in two sets. One is public research about consumer satisfaction, customer care, pricing of products and services, and brand impressions. Wall St. research takes into account another set of factors, which include present earnings, profit forecasts, product development and quality, and brand valuations.

Some of the companies on this list are widely despised because of the businesses that they are in. In an economic environment where resources are stretched, an airline or retail operation that has millions of customers is likely to make a lot of enemies. Similarly, banks and other corporations with a large number of retail outlets are at a disadvantage compared with businesses with few customers. Some of the corporations on this list also have had to fire significant numbers of employees due to the recession. Downsizing causes poor morale, increases the workload of the remaining staff and affects customer satisfaction when service is poorer.

We examined each company based on several criteria. We considered total return to shareholders in comparison to the broader market and other companies in the same sector during the last year. We reviewed financial analyst opinions on those companies that are public. We analyzed data from a broad array of sources, including Consumer Reports, JD Power, the MSN/Zogby Poll, ForeSee and the University of Michigan American Customer Satisfaction Index. We also considered negative press based on 24/7 Wall St.’s analysis of media coverage and the Flame Index, which uses a proprietary algorithm to review more than 12,000 websites and ranks companies based on the frequency of negative words. Finally, we considered the views of taxpayers, Congress and the White House — where applicable.

Several companies that should have been on the list based on performance and public perception during the financial crisis did not make it. For example, it would be easy to argue that mortgage giants Fannie Mae and Freddie Mac should be here. The bankruptcy and maintenance of the two by the federal government will cost taxpayers between $224 billion and $360 billion, according to the Federal Housing Finance Agency (FHFA). But, Fannie Mae and Freddie Mac are no longer stand-alone companies in any normal sense. Their shares have been delisted. Each is in effect a ward of the U.S. government with no ability to control its own fate through the actions of management or public shareholders.

The U.S. Postal Service could also be a candidate for the list. It has cost taxpayers billions of dollars, and it lost $5.1 billion in its last fiscal year alone. However, the Postmaster General and his staff have little or no control over the eventual fate of the USPS. Congress decides how and to what extent it will be funded. That means Congress essentially controls how many workers and offices will exist, and even, based on funding, how often the mail will be delivered.

It is worth noting that some of the companies on the list may have done very poorly by some measures, and well by others. A few of the most hated companies have had good stock performances. Others may have satisfied customers. All of this was taken into account when the decisions for the final list were made.

The article contains details of why each of the unlucky ten are hated. I must say they did a pretty good job of picking out the most hateable, though Goldman Sachs and Bank of America deserve to be firmly placed in the top two spots. Anyway, here is the list: