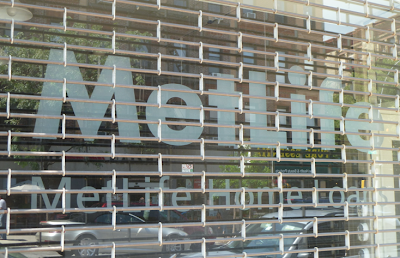 Seems like any business remotely connected to the housing market is collapsing these days. Here is Bloomberg with the latest:


MetLife Inc., the largest U.S. life insurer, said it will shut its home mortgage-origination operation, costing the company at least $90 million and most of the 4,300 employees at the unit their jobs.

“The majority will no longer have a position,” said John Calagna, a spokesman for New York-based MetLife, in an interview yesterday. About 20 percent of the workers are based in Irving, Texas, and the rest are scattered throughout the U.S., he said.

MetLife said in October it was seeking a buyer for the mortgage unit after announcing plans to sell deposit-gathering operations to reduce federal oversight. The firm reached a deal last month to sell about $7.5 billion of bank deposits to General Electric Co. The Federal Reserve, which oversees MetLife because of its size and banking operations, rejected its plan last year to raise the dividend and resume share buybacks.

Yet check out what they are trying to blame their troubles on...anything but the widespread chicanery that was going on during the housing bubble years:


“It’s hard to sell a banking business right now, especially a mortgage business, given all of the potential pitfalls” tied to regulation, said Dan Theriault, an analyst at Portales Partners LLC who has a “hold” rating on the company. “They said they had two options, they could sell the bank or wind it down, and they’re doing a combination of the two.”

Yeah, that's it. It's the namby-pamby regulations that have been enacted in the wake of the crisis and not the rampant fraud that went on in the industry for much of this past decade that's to blame. Right here you can see in graphic detail just how the Wall Street assholes don't get it, and they never will.


Bonus: "The world famous Met Life representative is the very symbol of security in an uncertain world"...Ha!