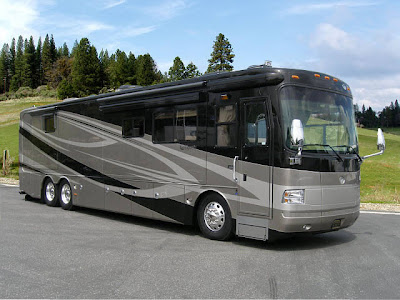 Not surprisingly RVs, those big, lumbering behemoths of the American road beloved by many pensioners, haven't been selling well in this era of permanent $3.00 plus gasoline. Here is a local Oregon television station with the latest bad news to hit the industry:


Monaco RV will be ceasing production of motorized RV's permanently at its Coburg manufacturing plant. While the company is not ceasing all operations at the facility, the company anticipates that about 272 employees will be terminated over the next six months.

The first terminations will occur in March 2012.

It has been a common fantasy among many of those in the middle class to retire, buy and RV and go hit the road to see all the sights around the country they didn't have the time to visit while they were working. Most of those who still harbor this particular fantasy need to recognize that expensive fuel costs are soon going to render the option unaffordable for most people if they haven't already.


Bonus: "Vacation...all I ever wanted"