What's the Matter With the Electric Car? 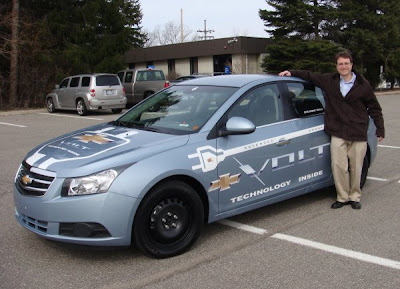 Very few people want to buy them, actually. Here is MSNBC with the details:


If the White House hopes to meet its ambitious goal of putting 1.5 million battery cars on the road by mid-decade it better hope that 2011 wasn’t a good indication of what Americans think of electric vehicles.

Add them all up, hybrids, plug-ins and pure battery-electric vehicles, or BEVs, and they accounted for little more than 2% of the U.S. automotive market last year. Remove conventional gas-electric models, such as the Toyota Prius and Ford Fusion Hybrid, from the equation and more advanced battery vehicles generated barely 20,000 sales.

Ouch...harsh. So if they failed, as Mr. Phillippi says, WHY exactly did they fail?


...they aren’t cheap, battery vehicles saddled by price tags that are thousands – in some cases, tens of thousands – of dollars more than comparable gasoline vehicles.

That might make sense had fuel prices held at the near-record levels seen in early 2011, but gas has dropped sharply since then. Meanwhile, manufacturers have been making major strides when it comes to the fuel efficiency of conventional, gas-powered vehicles. In the compact segment where Ford will compete with the Focus Electric, for example, 40 mpg on the highway is the new norm.

Both government bureaucrats and electric vehicle manufacturers, says analyst Sullivan, “aren’t giving consumers credit for being able to do the math. It just doesn’t make economic sense” to buy an electric vehicle – at least if your primary goal is to save money by reducing your energy bills.

There are, of course, other reasons. There’s the desire to clean up the air and to curb oil imports, especially from the Mideast. But whether that can be used to draw more buyers into the market remains to be seen. Especially in this economy, value is the big motivator, rather than politics and social concerns.

Oh, no shit? You mean that very few people other than a handful of greenie-minded, upper middle class yuppie types actually takes such things as the environment or Middle East oil imports into consideration when making a major purchase like a car? For that brilliant observation, let me present you with the coveted Dr. Obvious award. I'm not saying it's right, but it is a fact of life that most people make purchasing decisions based upon the bottom line to their pocketbooks.

I wrote back in June on this blog about how when I was ready to purchase a new vehicle after nine years and ultimately decided on a Ford Escape, that I chose to go with the conventional gasoline powered model rather than the hybrid because the latter cost nearly $6,000 more (and there was a three month waiting list for the hybrid). Six months later, I've put just over 5,000 miles on the car, meaning I would have to drive it for many more years to make up the cost difference between the purchase price and what I would have saved on gasoline.

The sad fact is that the time for America to start transitioning to electric vehicles was 20 years ago or more before we began staring the peak oil crisis right in the face. Even if President Hopey-Changey's unrealistic goal of 1.5 million EVs on the road by the middle of the decade is met, that is less than one percent of the total and still leaves something on the order of 250 million gasoline powered vehicles still out there.

There is also the problem that even if every car were suddenly magically converted to being an EV, the power grid couldn't handle charging them all. Additionally, much of our electricity comes from coal fired power plants, and coal is also not only also a fossil fuel but a bigger contributor to global warming than oil. You wouldn't think it would be necessary to have to keeping repeating all of that, but sadly it is because so few people seem to realize it.

I suspect that going forward EVs will remain a niche product purchased mostly by select members of the upper middle class in a desperate attempt to keep their car-centric lifestyles going as long as possible. But I doubt that ultimately they will have a future that lasts much longer than their gasoline powered counterparts.


Bonus: The Boss's Chevy wasn't a Volt, that's for sure