The U.S. Department of Agriculture is Closing 259 Offices Nationwide 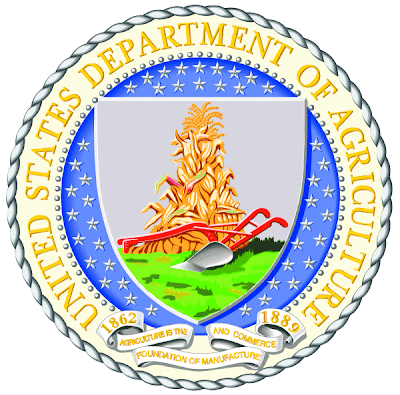 Thus far, the federal budget cuts being enacted as a result of last summer's deal to raise the debt limit have only nibbled at the problem. Because costs continue to rise, however, the lack of continued budget increases is already causing federal agencies to pare operations. Numerous cuts in Pentagon operations have already been announced, and now, according to this story from the Washington Post, we have a similar announcement from one of the civilian agencies:


The U.S. Agriculture Department announced Monday it will close nearly 260 offices nationwide, a move that won praise for cutting costs but raised concerns about the possible effect on food safety.

Agriculture Secretary Tom Vilsack said the goal was to save $150 million a year in the agency’s $145 billion budget. About $90 million had already been saved by reducing travel and supplies, and the closures were expected to save another $60 million, he said.

The plan calls for 259 offices, labs and other facilities to be closed, affecting the USDA headquarters in Washington and operations in 46 states. Seven foreign offices also will be shut.

Some of the closures had been previously announced. The USDA said last year it would shut down 10 agricultural research stations, including the only one in Alaska, where scientists were seeking ways to use the vast waste generated by the largest wild fishery in the nation to make everything from gel caps for pills to fish meal for livestock feed.

Other parts of the announcement were a surprise. Andrew Lorenz, deputy district manager for the Food Safety and Inspection Service in Minneapolis, learned his office would be closed, along with those in Madison, Wis., and Lawrence, Kan.

“They wiped out the entire Midwest,” said Lorenz, whose office handles all federal inspections of meat, poultry and egg products in Minnesota, Montana, the Dakotas and Wyoming.

Some will say that it is a good sign that the government is finally taking the first steps towards getting its fiscal house in order. Much much as I'd like to agree with that position, I would rather see additional war spending cuts rather than elimination of food safety inspectors. But maybe that's just because I'm not a big fan of botulism.
Posted by Bill Hicks at 12:10 PM