Education Management Corp, a For Profit College, Lays Off 400 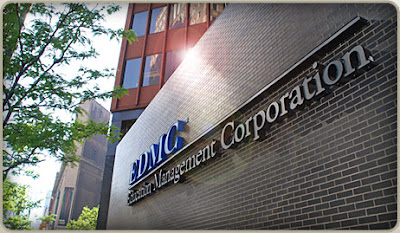 Of all the various bottom feeders picking at the carcass of what was once a vibrant American economy, for profit colleges are among the lowest of the low. I've post stories on TDS before about how these so-called "institutions" of higher learning will admit anyone who can fog a mirror and fill out a student loan application. A huge percentage of the students never finish the curriculum, but are still stuck with whatever debt they accumulate. Those who do manage to earn their degree often find that it is of little more value than high school diploma when it comes to fining a decent job. All in all, for profit colleges are a perfect example of what happens when predatory corporations are allowed to exploit well intentioned social programs and reap large profits form them.

That's a long winded introduction for this story below from the Pittsburgh Tribune Review about one such august institution now laying off staff:


Education Management Corp. today began laying off as many as 400 workers from locations in the Strip District and in Arizona, as a result of a recent review of its operations.

Sorry, I got distracted. Please continue:


At least 70 people who were let go worked at the Pittsburgh company's Online Higher Education business located in the Strip District, according to several workers. Those laid off were escorted from buildings along Penn Avenue late this morning.

Ouch, that's cold. Gee, it sounds to me like they were expecting trouble from those they fired. That usually only happens when the workforce already has shitty morale and they're afraid someone might go postal on them. So what do the corporate flacks have to say for themselves?


A statement from Education Management, which owns and operates for-profit colleges, including the Art Institute of Pittsburgh, said the layoffs would affect fewer than 2 percent of its 20,000 workers, or as many as 400 people.

The moves were "not anticipated to have any impact on students," the statement said.

Other than to greatly reduce the number of positions that might be available after graduation, of course. Because often the best chance the attendees of these schools have to get a job after graduation is to go to work for the institutions themselves. Much as I loathe the way these schools operate, I do feel sorry for those who get conned into attending them. The words "education" and "corporation" should be mutually exclusive (just like the words "news" and "corporation," incidentally).

I've also said before on this blog that the student loan business and higher education in general form yet another unsustainable economic bubble. Might this story represent the first indicator that the bubble is starting to pop? Time will tell.