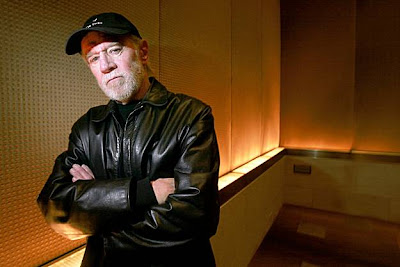 If you still need proof of just what a long term disaster America's war policies of the last decade have been for the country, consider this recent article from Reuters:


Violent sex crimes committed by active U.S. Army soldiers have almost doubled over the past five years, due in part to the trauma of war, according to an Army report released on Thursday.

Reported violent sex crimes increased by 90 percent over the five-year period from 2006 to 2011. There were 2,811 violent felonies in 2011, nearly half of which were violent felony sex crimes. Most were committed in the United States.

One violent sex crime was committed by a soldier every six hours and 40 minutes in 2011, the Army said, serving as the main driver for an overall increase in violent felony crimes.

And here is proof that our top military brass can challenge any CEO in their ability to talk engage in FlackSpeak:


"While we have made tremendous strides over the past decade, there is still much work to be done," Army Vice Chief of Staff General Peter Chiarelli said in a statement.

"Many of our biggest challenges lie ahead after our soldiers return home and begin the process of reintegrating back into their units, families and communities," Chiarelli said.

Not to be insubordinate there, General, but it doesn't sound like you've made any fucking strides at all. In fact, it sounds very much like you are backsliding. Might this be because you and your general officer buddies care more about your own perks and cushy retirement gigs with defense war contractors than you do about the health and well being of the troops who follow your insane orders to go invade other countries who pose exactly zero military threat to America? Perish the thought.

So just how bad is this problem?


Violent sex crimes committed by U.S. Army troops increased at a rate that consistently outpaced the national trend, a gap that is expected to continue to grow, the Army said.

Soldiers suffering from issues such as Post-Traumatic Stress Disorder (PTSD), traumatic brain injury, and depression have been shown to have higher incidences of partner abuse, according to the report.

Soldiers with PTSD are up to three times more likely to be aggressive with their female partners than those without such trauma, the report said.

Let's also knock off with the Post-Traumatic Stress Disorder bullshit. As the late George Carlin once pointed out, it's called "shell shock." That's how you describe the condition in such a way that gets the point across. The initials PTSD actually sound like they are describing a form of venereal disease that needs not be taken seriously. Which is probably part of the reason why the military is able to get away with not taking it seriously. Thus the damaged soldiers are often left untreated and end up passing on the damage to the ones they love.


Bonus: "American have a lot of trouble dealing with reality"