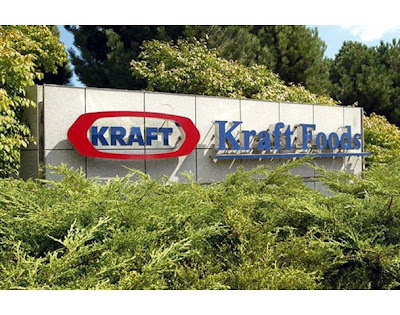 Another day, another mass layoff notice in corporate America that is being spun as a positive. Here is Business Insider with the details:


Kraft Foods has announced it will lay off 1,600 North American workers as it readies to split the company in two.

Nearly 40% of cuts to headcount will come from the U.S. salesforce and corporate arm over the next 12 months.

That's an awful lot of jobs cuts. So how do you think they'll corporate FlackSpeak their way out of this one?


"When we announced our decision to create two world-class companies last August, we said both would be leaner, more competitive organizations," CEO Irene Rosenfeld said. "For the past year, the North American team has been working to streamline operations to deliver sustainable top-tier performance and continue to invest in our iconic brands. We're confident that this transformational work will improve effectiveness and fuel the future growth of both companies."


Question: How do you tell when a CEO is lying?

Answer: when you see her lips move.

To sum up, Kraft is firing 1,600 people from middle class jobs so they can be cast out into an economy where statistics say they will be LUCKY to land a new position making 40% or so less than what they made before with reduced benefits, and yet somehow those people along with millions of others who are in the same predicament are somehow going to find the pocket change to buy more of Kraft's products and "fuel the future growth of both companies." And if you believe that, I've got some crappy, over-processed American cheese slices to sell you. They're health food, don't you know.


Bonus: Sure, it's the OTHER brand that tastes mostly like oil and water