What's the Matter With Philadelphia? 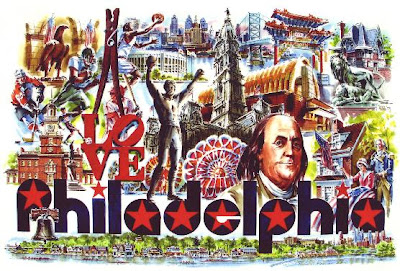 Nothing, really, that isn't wrong in the rest of a nation where voters just unthinkingly keep reelecting the same corrupt fucking assholes time and time and time again. Here is Philly.com with the details:


City Councilwoman Marian Tasco will retire on Friday, collect a six-figure pension payment and then return to work after she is sworn-in on Monday to serve her seventh term.

Francis Bielli, executive director for the city’s Board of Pensions and Retirement, said he was recently notified that Tasco, who is enrolled in the controversial Deferred Retirement Option Plan, will retire on Friday and collect $478,057.

Tasco was reelected despite her participation in DROP, which drew public ire after elected officials entered the program, ran for re-election and retired for a day to get hefty pension payments, only to return to office.

All is not completely bleak in the City of Brotherly Love, however:

I care not one whit which political party City Councilwoman Marian Tasco represents. Nor should anyone else. The fact that some political hack would so blatantly rip off the taxpayers regardless of partisan affiliation is the real problem. Officerholders of both parties do shit like this and they do it all over the country. And until the electorate wakes up and votes them out of office it is going to continue to happen.


Bonus: The voters of Philadelphia need to start exercising some of this