PNC Bank Buys Out RBC, Lays Off 600 in North Carolina 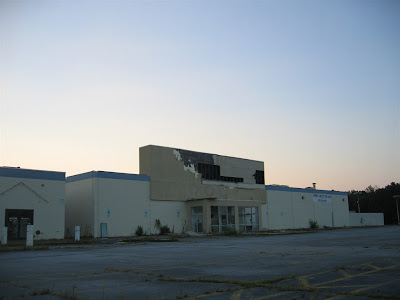 More games that banksters play are about to cost the Tar Heel State a large number of layoffs, particularly in the city of Rocky Mount. Here is WRAL.com with the details:


More than 600 RBC Bank employees in North Carolina will lose their jobs following the bank's takeover by PNC Financial Services Group, according to a notice filed Friday with the state Department of Commerce.

PNC said in the notice that 425 jobs in Rocky Mount and 196 in Raleigh would be eliminated once its $3.45 billion acquisition of Raleigh-based RBC is complete in March. The layoffs will begin March 16.

Pretty routine stuff, except that the article also goes on at length about the recent economic devastation wrought upon Rocky Mount:


The layoffs are the latest economic blow to Rocky Mount, which has the highest unemployment rate of any North Carolina metro area, at 12.7 percent in November.

"I have a lot of friends who have lost their jobs," resident Tammy Turner said.

Some local leaders expressed concern that the situation could get worse before it gets better.

Sears recently announced it would close its Rocky Mount store by summer, and Old Navy will close as well. Torpedo Specialty Wire laid off 17 employees this week, almost one-third of its local workforce.

City Councilman Andre Knight said he has heard that the U.S. Postal Service plans to move a distribution operation from Rocky Mount to Raleigh.

"It's pretty devastating on our community," Knight said of the business closings.

Standing in front of a defunct textile mill, he points to former cotton and tobacco operations nearby. "It's like big dinosaurs that are left here – empty buildings," he said.

This is what a slow motion economic collapse looks like. Rocky Mount is now well into a downward spiral that, thanks to peak oil and the end of real economic growth, is not going stop. The only question is how quickly the descent is going to be.
Posted by Bill Hicks at 12:15 PM