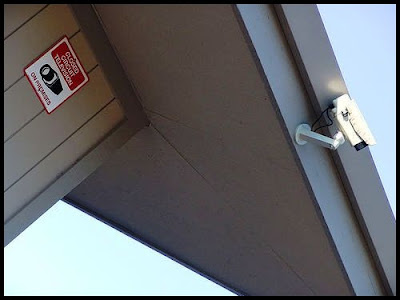 The sad fact is that during much of this past decade, while the federal debt levels were exploding to previously unprecedented heights, you could get the green light from the feds on just about any dumbass project as long as you tied it somehow into combating terrorism. The latest example of just how all those gobs of money thrown at Homeland Security were being pissed down the sewer was reported the other day by the Chicago Sun Times:


Project Shield was supposed to make citizens safer. But in the end, the $45-million Homeland Security program more resembled a disaster, wasting taxpayers’ dollars and failing to make a single citizen more secure.

The failed Cook County initiative was replete with equipment that failed to work, missing records and untrained first responders according to a report by the inspector general of the U.S. Department of Homeland Security.

The report, to be released Monday but obtained by The Sun-Times and NBC5 News, found “millions of tax dollars may have been wasted.”

Under Project Shield, two police squad cars in all 128 Cook County suburbs were to be fitted with cameras capable of feeding live video to a central command. In addition, fixed mounted cameras were to be installed to feed pictures in case of a terrorist attack or emergency in Cook County.

A six-month investigation by the IG found “equipment was not working, was removed, or could not be properly operated.”

Funny how no one connected with this boondoggle thought to question why it should cost $45 million dollars to set up some stupid surveillance cameras. Surely, they could have moseyed on down to the local Radio Shack and gotten a better fucking deal than this.

The report goes on:


Urban Areas Security Initiative (UASI) grants were funneled from DHS to the State and on to Cook County. The report concludes, “FEMA did not adequately ensure that the State of Illinois effectively monitored Cook County’s expenditures...”

And questions remain. “Both FEMA and the State need to improve the review process and perform better oversight,” according to the IG, adding proposed actions to better monitor how funds are spent “remains unresolved and open.”

Another open question might be why no one is sitting in jail for having perpetrated this act of criminal stupidity. But we can't have actual accountability in this country because then there would be no one left to make such idiotic decisions in the first place.


Bonus: Lewis Black isn't a big a fan of FEMA