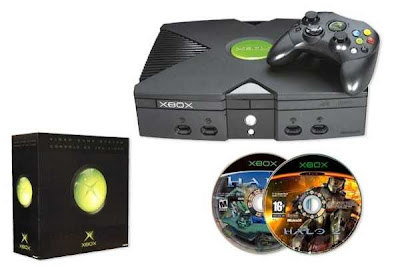 It's been a common refrain in the media since the record breaking Black Friday sales this past November that the U.S. has managed to avoid a double dip recession and the economy is now on its way to recovery. And yet, individual data points continue to appear that should indicate that this renewed green shoots mantra is nothing but BS. Video games sales have been a leading category driving consumer spending the past 20 years, so this story as reported by the Washington Post on Thursday ought to be sobering to any realistic observer:


U.S. retail sales of video game hardware, software and accessories fell 21 percent in December from a year ago to $3.99 billion as players bought fewer games for their aging consoles, according to market researcher NPD Group.

Sales fell 21% during the height of the Christmas shopping season? Holy shit, Batman! How can the industry possibly corporate FlackSpeak their way out of this one?


The results are “not entirely surprising given that we are at the back end of the current console lifecycle,” said NPD Group analyst Anita Frazier.

Actually, to be fair, Ms. Frazier did have a little bit more to say:


However, the tally was clearly a disappointment. Frazier said the month’s poor performance was unexpected given the quality of new games including “Call of Duty: Modern Warfare 3,” which was the top-seller, and “Just Dance 3,” which placed second.

So you mean tying a new video game release to a $40,000 special edition Jeep didn't help sales? How "unexpected."

Lest you think this was just a one month problem, the article goes on:

My take as a completely uninformed blogger sitting on the couch in my basement is that the continued sluggishness of the economy is what's causing a big drop in sales of what really are luxury items. As for December sales, the drop there was no doubt caused by the insane efforts of retailers to pump up Black Friday figures, which then brought a good bit of what would have been December's demand for video games forward. With few or no good paying jobs being created as the jobs recession drags on, there has been no increase in the number of people who can afford to blow hundreds if not thousands of dollars on frivolities like video games.