"Thank You, Sir. May I Have Another?" 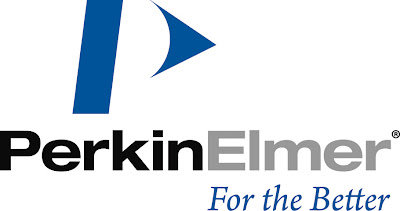 image: "For the Better" - unless you happen to have been employed there.

At first glance, this story from the Hartford Courant looked like just another routine tale of American manufacturing jobs being shipped overseas:


PerkinElmer, a global manufacturer with more than 500 employees in Shelton, is eliminating close to 75 jobs as it moves four product lines to England and Singapore.

The company, headquartered in Waltham, Massachusetts, lauded the Shelton location for its safety and environmental stewardship in its last corporate social responsibility report.

Gov. Dannel P. Malloy and other state officials visited the Shelton plant in July as part of the governor's jobs tour, but no one from PerkinElmer talked to the state before choosing to transfer jobs overseas. The company told its employees Wednesday about the layoffs.

But then, someone had the bright idea to go interview the local Chamber of Commerce flack to get his opinion:


Bill Purcell, president of the Valley Chamber of Commerce, which invited the governor and Economic and Community Development Commissioner Catherine Smith to visit, said: "It's not an accident that we invited the governor there because they do represent — and they still do represent — all the best Connecticut has to offer; innovation, progress, globalization, exporters, and good global citizens."

Yeah, fat lot of good that did, Mr. Purcell. You sound like an abused spouse telling the policeman she doesn't want to press charges. You got any more inane blather for us?


Purcell said the layoffs will begin in the second half of 2012, and continue into the early part of 2013.

"Obviously it's disappointing to hear, we're grateful for what will remain, and know they'll continue to be big players here, not only in our state and in our region but on the global stage."

Thank you, sir. May I have another?


"Their tagline is 'For the Better,' and they are making the world a better place as a result of the important work they do," Purcell said. The instruments the company designs and manufacturers are used in medical and environmental testing.

Bend me, shape me, any way you want me.


Purcell said PerkinElmer "made a very, very substantial investment in that property. They've been just a terrific company, a great employer, great innovator, a great exporter, a wonderful and gracious corporate citizen."

Holy crap, what a pathetic, craven, simpering little worm. If this guy is what passes for a "business leader" in America these days, no wonder we are headed right down the shitter.
Posted by Bill Hicks at 6:06 PM