Rats in a Cage: Talk of Base Closings Angers New England States 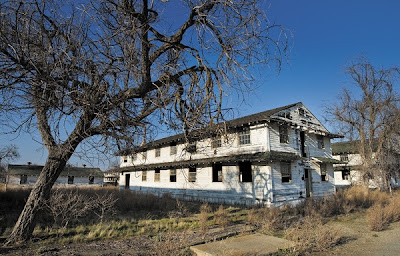 Everyone is familiar with the concept of NIMBY-ism, the "Not In My Back Yard" mindset where people adamantly oppose the placing of certain economic development projects, from prisons, to power plants, to wind farms, to sports stadiums, where they will actually have to look at them...and job creation be damned. Now that "austerity" has become the new hot buzz word in the Imperial Capital, and the Pentagon in particular is being forced to reduce its grotesquely bloated budget, we are now starting to see a reverse NIMBY-ism, in which our ever gallant "leaders" are freaking out that military bases in their own states and districts will be on the chopping block.

Here is CBS Money Watch with a recent story covering this newest trend:


Less than seven years after local and state officials, business owners and civic groups beat back recommendations to shut a submarine base in Connecticut and a submarine repair yard in Maine, the Obama administration has again raised the specter of base closings.

President Barack Obama will ask Congress to approve a new round of domestic base closures, Defense Secretary Leon Panetta said Thursday, although the timing was left vague and there is little chance lawmakers would agree to it in a presidential election year.

U.S. Rep. Joe Courtney and U.S. Sens. Joe Lieberman and Richard Blumenthal, of Connecticut, who are members of the House and Senate armed services committees, said in a news release that the proposal has drawn bipartisan opposition and would be "dead on arrival."

Courtney, whose district is home to the submarine base in Groton, called it a weak proposal because the administration did not include the cost of closing bases, which he said is enormous. In an interview Friday, he said residents have been nervous for years, "convinced that it's only a matter of time" before the issue of base closings returns.

To the north, where the Portsmouth Naval Shipyard is viewed by some as vulnerable, U.S. Sen. Olympia Snowe of Maine derided the idea of another round of base closings and suggested that the military should look to close overseas bases before targeting domestic bases.

"All I can say is it's preposterous to suggest another base closing round," Snowe told The Associated Press.

The 212-year-old Navy yard that repairs and overhauls nuclear submarines in Kittery, Maine, has survived three reviews from Base Closure and Realignment Commission, including the most recent in 2005.

"The Kittery-Portsmouth shipyard is probably the one facility that has been through the most rigorous scrutiny of any military installation in the country, having been evaluated in three separate base closing rounds. It suggests to me how vital it is for maintaining our submarines," she said.

Snowe, joined by Maine colleague U.S. Sen. Susan Collins and U.S. Sens. Jeanne Shaheen and Kelly Ayotte of New Hampshire, issued a statement saying another round of base closings doesn't make sense either in advancing national security or saving money.

Right there in that last passage you can see why it is so difficult for this country to get serious about reducing the federal budget deficit, let alone the national debt. We can no longer afford our planet dominating military, but that doesn't mean the politicos and their constituents aren't going to fight like hell to keep their piece of the Military Keynesianism pie from being cut. Like I first wrote in my August 1st post from last year, "Rats in a Cage," as things unravel every interest group is going to fight like hell to protect their interests and the common good be damned.


Bonus: "Despite all my rage, I am still just a rat in a cage"