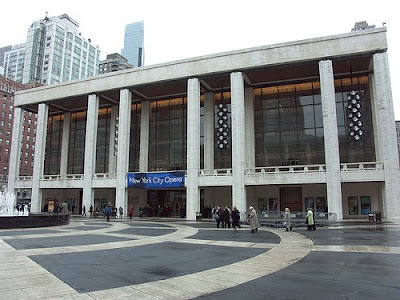 I'm not really much of an opera fan, but I do recognize its importance on the cultural landscape. Which is what makes this story from Bloomberg so distressing:


New York City Opera locked out its musicians and choristers a month before its first scheduled performance of 2012, imperiling the 69-year-old company that Mayor Fiorello LaGuardia called “the people’s opera.”

The company said in a statement released today that management “stretched every dollar available to them to create a proposal that would suit their economic constraints and encourage the unions to come back to work, but the unions refused.”

Mediation that began on Dec. 19 by the Federal Mediation & Conciliation Service ended yesterday at 9 p.m., said Alan Gordon, national executive director of the American Guild of Musical Artists, which represents choristers. He said compensation remained a sticking point. Choristers would’ve had their pay plummet to $4,000 a season from about $40,000, given the company’s diminished performance schedule.

Yikes, that's quite a staggering drop in pay, all right. No wonder the singers and musicians are upset. So what is causing such a dramatic drop, anyway?


The company’s projected $13 million budget this season, down 57 percent from two years earlier, is under further pressure. “We were told by the mediator that fundraising and ticket sales are suffering, said Gail Kruvand, assistant principal bass and chair of the orchestra’s negotiating committee.

Holy crap, that's not a drop, that's a collapse. If true, the union really doesn't have a leg to stand on in this fight.


Bonus: Sadly, Philistine that I am, rock opera has always been more to my taste