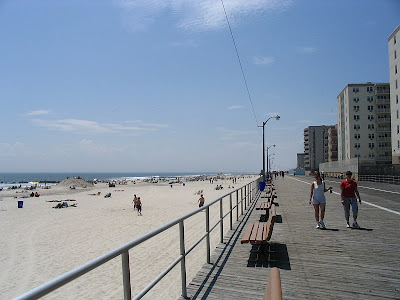 The newsreaders and reporters stenographers who dominate the mainstream media can continue to blather on about "recovery" all they want. In the real world, things just keep getting worse, as demonstrated yet again by this article from Newsday:


Long Beach's newly appointed city manager, Jack Schnirman, and the new five-member City Council are poised to pass a resolution Tuesday night to declare a fiscal emergency, which would give Schnirman more authority to tighten and veto spending.

"We will scrutinize and sign everything by hand," he said. "We are not shy about sending things back for more information, more documentation or just plain saying no."

Schnirman said the extent of the city's financial crisis becomes more apparent each day. One recent report, for example, showed nine departments already had exceeded their overtime budgets only halfway through the fiscal year.

Holy crap! Long Beach was downgraded by FIVE investment rating levels? I don't know about you, but if I had any of the city's bonds in my portfolio, I'd be selling them off, pronto.

So how did they manage to get into such a predicament?

"As a minority member, I can't complain about being left out in the cold," he said. "Jack has been keeping me up to speed. And I think this council meeting will show we really have to tighten our belt."

But as a lifelong Long Beach resident, McLaughlin said he knows taxpayers are used to a high level of services, which he expects will be cut back this year.

"This is a tough town to keep everybody happy," McLaughlin said. "The same way the rest of the country has adjusted to it, we'll have to adjust to it."

So typical of Me First Nation. We want a high level of government services, but we don't want to pay for them. That's been the mantra for more than 30 years in this country, ever since Proposition 13 passed in California and Ronald Reagan was elected president two years later. Now the bills are coming due for three decades of childishness, and the spoiled brats aren't happy about it.