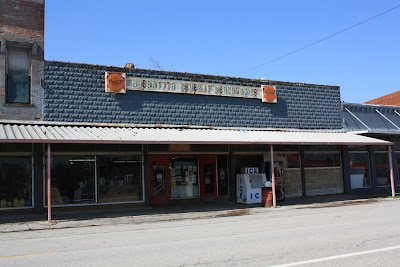 Back during the 2008 presidential campaign, Veep candidate Sarah Palin got a lot of mileage by hyping up "small town values," and insinuating that people who live in the rural areas of the country are somehow more American that those who reside in and around the big cities. As someone who grew up in a small town and have lived most of my adult life in urban areas, I found that line of reasoning particularly daffy. Beyond the offensiveness of questioning the patriotism of people just because of where they live, it was also incredibly dumb from a politics standpoint. For there is no quicker way to consign yourself to the dustbin of history as a politician than purporting to stand up for a constituency that is rapidly dying out.

Unless they are lucky enough to be located in or near a big tourist destination, America's small towns and cities have been slowly decaying for a couple of generations now. My own hometown of Freeport, Illinois, reached peak population in the 1970 census and has been slowly losing ground since then as college educated young people like me have deserted the place because there were few good jobs to be had. I often wonder what my life would have been like had I been able to secure a decent job back home after college. As much as I have enjoyed the excitement of residing first in Chicago and then just outside of DC, and having the opportunity to travel to more than two dozen foreign countries, the long dead ideal of small town living does still hold some appeal for me.

As a result, the recent article below from a local television station in my home state struck a particular chord with me:


There was a time when the general store was the beating heart of the rural American town. Friday, another town lost its heart. Huebotter's Store closed for good.

Now many are wondering how they can pump life back into their town.

Things are done the old-fashioned way at Huebotter's.

"I'm noticing that small-town America seems like it's drying up," said Guy Inman.

"We kept holding off, praying that we would not have to close," said Candace Ellis.

For years, Ellis helped her mother-in-law Joyce order groceries for the store. Joyce's father Paul Huebotter opened the store back in 1928.

What's inside shows all the history there, pieces of a simpler time, a different life. And for those here, Huebotter's is their community.

"The store is viable. It made a living. But there's nobody here to take it and put their heart and soul in it and run it," said Robert Inman.

Inman is a local farmer. He said he will soon have to drive about 30 miles to the nearest store, making small-town living a thing of the past.

The decision to close came about three weeks ago but the concerns had been around for a while.

The store wasn't making the money to stay open.

"Joyce has been here literally her whole life, ever since she was born and her father started it," said Ellis.

With a heavy heart Joyce Ellis sat, watching the time tick by, unable to talk about the doors closing Friday.

Just to recap, this store survived the Great Depression, World War Two, the Cold War, the oil shocks of the 1970s and well into the Internet age. And now it's gone, along with the traditional American small town lifestyle in general.

But beyond just my own stuffy nostalgia, a question that needs to be asked is what are people who will now have to drive 30 miles just to get their groceries (and perhaps their mail when the post office closes) going to do when gasoline becomes unaffordable in a few years? As I wrote back on January 13th in my post, "Riding the School Bus May Be About to Become a Thing of the Past, Part 2," those who live the farthest from the main centers of population and government services are the ones who need to do a crash course on becoming self-sufficient. Because the day is soon coming when they are simply not going to have any other choice.