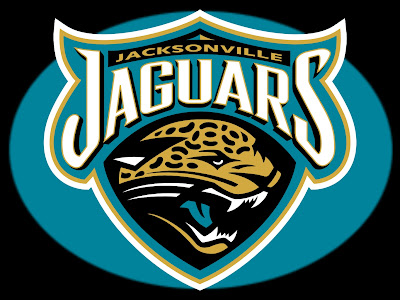 I've posted several stories here on TDS Blog about how the preeminent sports league in the United States, which a decade ago could sell out a seven-on-seven summer training camp practice scrimmage, is becoming increasingly desperate as sales for its overpriced tickets to watch its increasingly mediocre games continue to decline. The latest, and frankly the funniest to example of this to date, was reported on Friday by The Consumerist:


The Jacksonville Jaguars have traditionally had difficulty selling out home games, and the franchise is apparently so frustrated that it has resorted to insulting those who don't buy tickets. While introducing the team's new head coach, new owner Shahid Kahn said he's only interested in hearing criticism from ticket buyers.

“"For me a fan is somebody who is a season ticket holder for the Jaguars. So that is a key definition we need to get out. We want to hear from people, we want a huge amount of constructive feedback. We need input, but we need that from fans who are season ticket holders."

The team's PR machine was quick to backtrack, with Kahn's spokesman saying the owner was joking and speaking off-the cuff. Khan later released an email statement that re-accepted the Jaguars' throngs of non-game-attending fans back into the fold:

A couple of points here. First of all, NFL tickets have become too damn expensive for the average fan. My last season as an NFL season ticket holder was in 2009, when I paid $120 per ticket, per game, for seats in the end zone about 40 rows up from the field. That price was also more than double what I paid my first year as a ticket holder back in 1997, and didn't even cover the cost of parking or food and beverages. Attending a single NFL game for a family of four has become a $600 or more proposition, which is simply not affordable for most people.

Secondly, the Jacksonville Jaguars had a 5-11 record this year and have sucked balls for most of their existence as an NFL franchise, so maybe the fans recognize a bad value for the money when they see one. And don't get me started about how the NFL forces season ticket holders to buy tickets to two meaningless home exhibition games every year--for the same price as a regular season game. For fans of a crappy team like the Jaguars, that's like the cherry on a shit sundae.

For being a clueless billionaire sports owner of a lousy football team but nevertheless determined to drive away his remaining fan base, I hereby declare Jacksonville Jaguars owner Shahid Kahn to be a Real One Percenter of Genius.