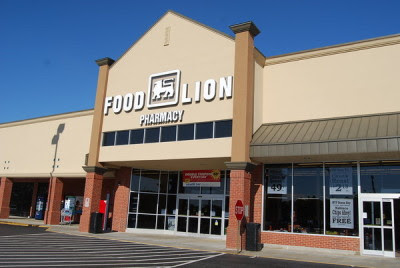 I found this story of interest primarily because most of the Food Lion locations in Northern Virginia seem to have already vanished. Clearly the chain is in deep trouble, as reported by a local television station in South Carolina:


The company that owns the Food Lion grocery store chain announced Tuesday that it will close 113 under-performing stores throughout the country, including 10 in the western Carolinas.

Delhaize America said its actions were to strengthen its American portfolio by closing under-performing stores in areas that do not have as many Food Lion stores, retire the Bloom banner, convert some of the remaining Bloom and Bottom Dollar Food stores to Food Lion stores while closing some of the underperforming ones.

The company said all affected stores will close within 30 days, and store conversions will begin immediately.

As a result of the closings, the company said approximately 4,900 associates will be without jobs. They said they will provide severance to eligible associates and will work with government officials to assist with transition support.

Yeah, Delhaize, because we all know that the way you "strengthen your brand" is by having less of it around. That was one of the lamer corporate FlackSpeak excuses I've read in awhile.

The trend these days seems to be a split between high end, fancy, yuppie catering supermarkets in wealthier areas and deep discount, generic product-selling supermarkets in poorer communites. Chains like Food Lion that cater to the middle between those extremes have been getting sqaushed. At least that is this layman's observation.


Bonus: Now it's the supermarket itself that is lost