Delusional Optimism in Ohio in the Wake of a Factory Closing 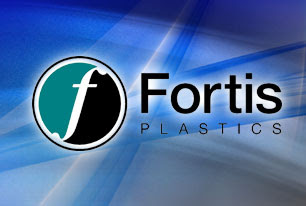 At first, this local news story on yet another factory closing seemed pretty routine:


Another slap in Wilmington's face... the town that lost DHL is about to lose another company. The result is that one-hundred and 22 people are now out of work.

The Fortis plastics plant announced it is closing. It was called Kurz-Kasch until about a year ago. The company makes components for the airline and automotive industries. Fortis plants in other parts of the country have also closed in recent months.

Randy Riley officially became Wilmington's new mayor on January first. January second was a holiday. So when Riley arrived for his first work day, there was a surprise. "And I came in to work yesterday morning and the headline in the Wilmington News Journal was plastics plant to shut down, 122 jobs."

Fortis Plastics, a troubled company based in South Bend, Indiana, is closing several plants around the country ... including Wilmington. "To lose 122 jobs is devastating to the community and just like you said Jeff, it's 122 families, how many more children will be affected, people are on unemployment because of the closure. This is just a kick in the gut for the city of Wilmington and Clinton County."

Just another sad day in blue collar America. But then there was this passage towards the end of the article:


But even in bad times, even right across the street from bad times there can be good times if you know where to find them and you're willing to work. "We're gonna open up a child care center." In an old industrial building, across from the soon to be empty Fortis plastics plant, Hope Bell is putting in a 24-hour a day, 7-day-a-week day care center: "What gives you the optimism to think that this can work in today's environment? I've never been a quitter. It has to happen. Failure is not an option."

Wilmington is still aggressively searching for other new businesses. "It's like fishing. If you have a whole lot of lines in the water sooner or later you're gonna get a strike. We have a lot of lines and we're going to land a fish here, a good one that will bring 250-300-400-500 jobs."

And if that happens, lots of those new workers will need day care. "God has a plan for Clinton County. He certainly has one for us."

I'm not so sure God has a plan for Clinton County there, Ms. Bell. But peak oil and the ongoing collapse of our fossil fuel based economy certainly does. You'd be a lot better served placing your faith in geology rather than the almighty on this one.


Bonus: "I'm calling you from somewhere deep in Ohio"