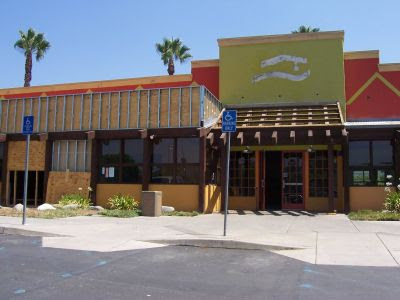 I've posited the theory previously on this blog that there are a lot of companies out there, particularly in the consumer portion of the economy, that are just hanging on by the skin of their teeth hoping that a real economic recovery will take place soon and allow them to survive. All it will take to kill many of these concerns is another major economic shock wave. Well, more evidence of this phenomena was reported last week by CNBC in a story about how many bankrupt restaurant chains are so far refusing to go under:


You see them all across the country, in shopping malls and street corners, suburban towns and city centers: zombie restaurants.

Many of the undead are part of familiar chains that filed for Chapter 11 bankruptcy protection this year: Friendly’s, Chevys, Sbarro, Perkins. The zombie restaurants, barely bringing in enough cash to cover basic expenses, always seem to be one sizzling fajita or glazed chicken skewer away from a merciful end, but somehow keep hanging on — leaving too many restaurants chasing after scarce dining dollars.

“There’s a lot of walking dead,” said Bob Goldin, executive vice president for Technomic, a consulting firm that works with restaurant companies. “A lot of chains, they hang in there and they’re hard to kill off.”

Consumers, who have generally cut back on the number of meals out since the recession [cnbc explains] began, are benefiting from the proliferation of zombies. Healthy and failing restaurants alike have been forced to discount relentlessly to lure diners. But for the restaurants, particularly small independent operators, the competition from the undead is a nightmare that just won’t end.

Heh - given how many times I've used the term "zombie economy" on this blog, I love that CNBC is now using the same metaphor.

So who are some of the walking dead?


When Friendly’s Ice Cream, the chain based in Massachusetts, filed for bankruptcy protection in October, it said it would close 63 underperforming restaurants. But the company said it would continue to operate 420 stores, and a spokesman said it was making plans to expand again.

In California, Real Mex Restaurants, which owns several chains, including the midprice Chevys Fresh Mex, closed just 30 outlets after it filed for bankruptcy in October. It continues to operate 156 restaurants.

After Sbarro, the Italian fast-food chain, filed for bankruptcy in April, it closed 31 stores in the United States, but kept the doors open on 429.

Some chains are even trying to make a comeback:


The imbalance does not seem likely to end soon. Indeed, one midprice chain that everyone thought was dead and buried — Bennigan’s — is now coming back from the crypt.

Bennigan’s declared bankruptcy in 2008 and abruptly shut down the approximately 240 restaurants operated by the company, though some franchise-run Bennigan’s restaurants stayed in business.

Now, a group of investors has resurrected the franchising company and plans to open a small number of company-owned restaurants and dozens of new franchised outlets over the next five years. Paul M. Mangiamele, chief executive of Bennigan’s Franchising, said he had come up with a new design for stores and a revamped menu that would inject new life into the brand.

This is what the past three years of insane federal deficit spending has bought us, a temporary reprieve from the crash in which the dimwitted continue to make plans as if nothing has changed. Just more sheep for the slaughterhouse when the next big leg of the downturn finally begins.