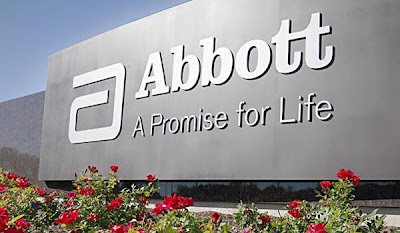 More problems in the health care industry, as reported this week by Market Watch:


Health-products maker Abbott Laboratories has laid off about 700 workers, primarily in manufacturing operations, and plans to eliminate several hundred additional positions over the course of the year.

The company attributed some of the layoffs to the impending mid-2012 expiration of Abbott's contract to supply the artery-opening stent Promus to Boston Scientific Corp. Boston Scientific is shifting to a new version of Promus that it will manufacture internally.

Orders for Promus have slowed ahead of the contract expiration, said Abbott spokesman Scott Stoffel.

In addition, the layoffs affect some workers in Abbott's diagnostics and pharmaceutical manufacturing operations, Stoffel said.

So tell me again how the stock market keeps rising?
Posted by Bill Hicks at 6:55 PM