Not a Kodak Moment - Shares Crash in Anticipation of Bankruptcy 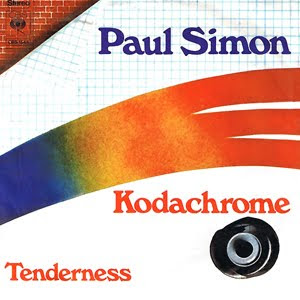 Another American business icon is circling the bowl. The Eastman Kodak company was founded in 1892 and for more than a century completely dominated the camera and photo film business. When I was a little kid back during the 1970s, I thought Kodak made all the camera film there was available. Other brands simply had zero name recognition. Paul Simon even sang a sweet tribute to the company's products called "Kodachrome," that was popular on the radio back then.

Quite obviously, the rise of the digital age was pretty hard on Kodak even before the financial crash of 2008. And now, it looks like the end is approaching, as reported today by CNN:


Shares of Eastman Kodak dropped almost 60% Friday, with trading halted several times amid rumors that the camera maker has hired a law firm for advice on a major restructuring or bankruptcy filing. The company later denied that is planning bankruptcy moves.

The Wall Street Journal said Friday that Kodak had hired law firm Jones Day to explore a restructuring. Bloomberg said the company hasn't officially hired a firm yet, but that bankruptcy is among the options being considered.

The rumors came just days after Kodak was forced to draw from its credit line, had its credit rating downgraded by two major agencies, and received harsh words from a stockholder.

Kodak shares plunged 54% Friday on the news to a mere 78 cents. The stock is down a whopping 86% year-to-date.

After the close of trade on Friday, Kodak released a statement denying the rumors and saying the company "has no intention of filing for bankruptcy."


The year hasn't been kind to Kodak, which has suffered massively from photography's transition from film to digital, and this week was especially tough. Late last week, Kodak disclosed that it needed to tap $160 million from a pre-existing $400 million credit line.

You really have to wonder what financial institution was dumb enough to give a dinosaur company whose whole business model is rapidly disappearing a $400 million credit line. This is the type of crap banks pull when they know if they bet wrong the government will just bail them out.

In the end, Mama didn't take Paul Simon's Kodachrome away, technological advances coupled with economic collapse were the real culprits.
Posted by Bill Hicks at 8:42 PM