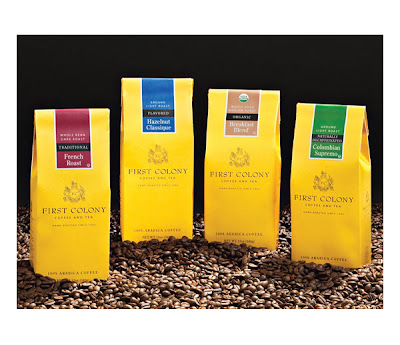 I’ve recounted numerous times in this space how Federal Reserve Chairman Ben Bernanke’s reckless Zero Interest Rate Policy and Quantitative Easing shenanigans have been driving up the cost of food and energy around the world. The effects of "Helicopter" Ben’s attempts to jump start the economy have bee seen everywhere from the sky high prices at your local gas station to the revolutionary violence breaking out all over the Middle East.

But there are also plenty of small examples of the economic damage being wrought by the Fed that largely pass unnoticed. One such sad instance was the announcement last Thursday that Norfolk, Virginia’s First Colony Coffee Company is closing its doors after over a century in business. Here’s the Hampton Roads Virginian-Pilot with the story:


First Colony Coffee & Tea Co., a 109-year-old manufacturer based in the Ghent neighborhood, has roasted its last batch of beans and shut down, its president confirmed Wednesday.

Bruce Grembowitz, First Colony's president, cited the continued high price of beans, which has more than doubled in the past two years, as well as the weak economy for the decision to close.

"Over the past two years, a lot of the business that we've been doing has kind of dried up and disappeared," he said during his first interview since the plant stopped operating Aug. 19.

First Colony's 55 workers learned of its fate about 10 days before the end, Grembowitz said. He and five other employees remain at the factory at 204 W. 22nd St. to work out the final details, including the potential sale of the building, which the company owns and has occupied since the 1920s.

So a venerable U.S. company that had weathered the Great Depression, two world wars and the oil shocks of the 1970s found that it couldn’t survive the current Fed Chairman’s hideous Reign of Error. This story also exposes as a cruel farce the idea promoted by the defenders of the Fed’s policies that we need to devalue the dollar so that American manufactured goods will be more competitive overseas. Right here we have an example of a company that was still producing goods domestically having its business model crushed by the effects of a weak dollar.

What’s really sad about this situation is the utter lack of outrage being shown by the public. Americans should be taking to the streets en mass demanding the resignation of Bernanke and the end of monetary policies designed to help the big banks and Wall Street at the expense of working people like the 55 now-former employees of the First Colony Coffee Company. Until such time as there are such mass protests at what is being perpetrated by our so-called “leaders” on behalf of their Wall Street masters, we can expect more of the same until the eventual day when the whole rotten system collapses under its own dead weight.
Posted by Bill Hicks at 6:49 AM