It’s Not Easy Being "Green" 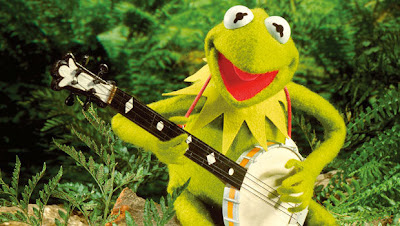 The recent Solyndra scandal in which the solar panel company received over a half-billion dollars in loan guarantees from the Obama administration, only to go bankrupt and be raided by the FBI two years later, brought negative attention to the solar power industry just at a time when many are looking to it to “save” us from our fossil fuel and global warming predicaments. Time will tell if Solyndra failed due to mere incompetence or instead because of outright fraud, but one of the excuses made by the company for failing so spectacularly is that it was being undercut by state-sponsored solar power manufacturers in China.

Fair enough, let’s then divert our attention to the other side of the globe for a moment and see how things are going over there. Oops, not too well as it turns out, at least in one case. Here’s the New York Times with the story:


The authorities have suspended production at a solar panel factory in eastern China following protests by residents who blame the plant for fouling the local air and water, a government Web site said on Monday.


Villagers have complained about toxic smokestack omissions and factory wastewater they say killed a large number of fish. Government inspectors have confirmed that fluoride contamination was 10 times higher than acceptable levels after heavy rainfall swept improperly stored wastewater into a canal, according to the state-run media.

Local residents have also blamed the five-year-old plant for what they claim is an unusual number of cancer deaths, although local officials say such fears are exaggerated.

According to the Haining city Web site, JinkoSolar has been fined about $74,000. Company employees reached by phone on Monday declined to comment.


So let’s see here. Toxic smokestack emissions and wastewater, plus a higher number of cancer deaths. Sounds like the kind of side effects that might result from residing near a more conventional power plant, doesn’t it?

What this article clearly demonstrates is one of the little inconvenient truths about so-called “green” energy: that it is still very much reliant upon dirty, old fashioned manufacturing techniques in order to make it viable. You want a wind turbine, or a solar panel, or a battery for an electric car? They got to be built somewhere, and it takes much more than just wind or solar generated electricity to manufacture them. The process may be many things, but one thing it is NOT is environmentally friendly.

The real problem with wind power or solar energy is not that they don’t have their benefits. It is obvious that they can be quite useful on a small, localized scale. No, the trouble comes when they are touted as being the next generation of energy sources that will replace fossil fuels without us having to make any meaningful changes in our lifestyles or to our economy.

It is just this sort of delusional thinking that caused the Obama administration to give those huge loan guarantees to Solyndra. Defenders of the administration are now claiming that even though Solyndra failed, the idea to promote solar energy was sound and can be done right next time around. What they refuse to understand is that squandering the government’s rapidly constricting financial resources on a pipe dream of maintaining business as usual in a glorious, green energy-fueled future is actually worse than doing nothing at all.
Posted by Bill Hicks at 6:59 AM