Globalization for Dummies: The Case of the Globetrotting Apples 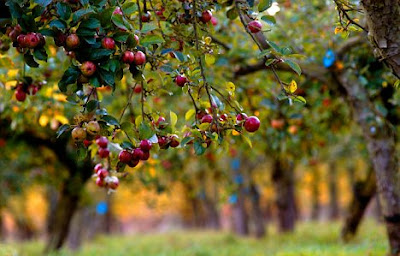 Free market conservatives are fond of running around bashing the inefficiencies and wastefulness of government spending. And to be fair, governments at all levels provide plenty of ammunition through their sometimes questionable decision making.

What governments are not designed to do is provide any service at the lowest possible cost—which isn’t always a bad thing. I would argue that the maniacal drive by the big time capitalists to put a price tag on everything is every bit as destructive, if not more so, than even the more egregious examples of government waste and mismanagement.

This is particularly true when it comes to the Holy Grail of modern capitalism—globalization. International trade of some form has been going on for thousands of years, but it has only been in the last half century that the cheap oil era and the rise of “just in time” delivery systems have allowed international conglomerates to dominate markets in every corner of the globe.

Thanks to the ruthless exploitation of the world’s petroleum reserves, it became cheaper to grow/build things on one side of the planet and ship them everywhere else than it did to produce the same items locally. This phenomenon has wreaked destruction on local economies everywhere, and in America in particular fueled the rise of homogeneous suburban sprawl that has eradicated the unique and special features of so many of our towns and cities.

One small example of the globalized system in action was documented in a recent story by the British newspaper the Globe and Mail:


Apples imported from China are being sold at a supermarket less than amile from the orchards of Kent.

The move by Morrisons at a store in the Garden of England has angered shoppers and disappointed growers, who say it flies in the face of demand for local food.

Britain relies on apple imports from southern hemisphere countries such as Australia and New Zealand, and, to a small extent, China, during our summer.

But it is unusual to find the Chinese Fuji apples – which are stored and shipped 5,000 miles to British supermarkets – at this time of the year, when local apples are available.

A member of staff said the decision to stock the Chinese imports ‘was not made locally’.
One shopper said: ‘I just hope no one buys them because it is an insult to Kent apple producers.’

Sometimes, the British are just so cute that you want to pat them on the head. They are obsessed with American culture, import our television shows and movies, emulate our wretched bottom line economic policies and eagerly join our imperial war efforts around the globe. And then every once in awhile they have the temerity to get all butthurt about the consequences.

I’ll give them credit for one thing. Had this happened in America, no one would have said boo about it except maybe for a curmudgeonly blogger like me. At least there are some British consumers who are not so obsessed at saving a few pence that they don’t recognize the collateral damage that results.

The real problem, of course, is that the only way it makes economic sense to ship those apples 5,000 miles from China to Great Britain when there is an orchard right down the road is if they can be transported cheaply. And they can only be transported cheaply if the oil that is used to ship them all that way remains inexpensive enough to keep the price of the apples below what it costs to grow and harvest them locally.

The free market globalists would claim that it is more “efficient” for the supermarket chain to sell those Chinese apples. This will spur the local growers to figure out a way to cut costs at an advantage to the consumer. Everybody wins.

But oil is a finite resource. Unlike apples, once it’s gone you cannot just grow and harvest another batch. So is it really more efficient to operate an economy in this manner? Or is it instead a recipe for impending disaster?
Posted by Bill Hicks at 5:46 AM