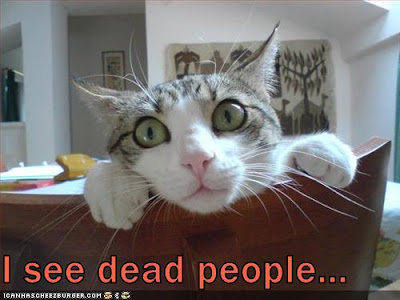 In this new age of federal budget "austerity," one of the things Obama keeps yammering on about is the need to cut down on waste and fraud. USA Today has the details of one such example:


The federal government has doled out more than $600 million in benefit payments to dead people over the past five years, a watchdog report says.

Such payments are meant for retired or disabled federal workers, but sometimes the checks keep going out even after the former employees pass away and the deaths are not reported, according to the report this week from the Office of Personnel Management's inspector general, Patrick McFarland.

In one case, the son of a beneficiary continued receiving payments for 37 years after his father's death in 1971. The payments — totaling more than $515,000 — were only discovered when the son died in 2008.

Damn straight. Crack down on these (ahem) deadbeats. Put 'em in jail if they are committing fraud. It all sounds great, and I do applaud such efforts. Problem is, that at approximately $120 million per year, even if this type of fraud were completely eliminated, it would only reduce the deficit by 0.0001%, or not even enough to qualify as statistical noise.
Posted by Bill Hicks at 12:18 PM