The Statistical Tenth Anniversary of 9/11 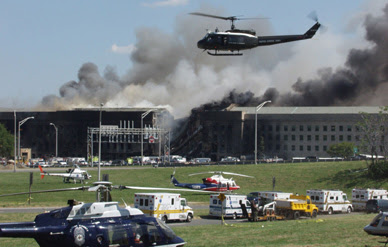 I don’t have all that much to say about today’s 10th anniversary of 9/11. I was about three miles from the Pentagon on that awful morning; almost close enough to have witnessed the plane crashing into its side. A friend of my wife was working there at the time, but she made it out okay. I remember saying to my wife at home that evening that the world would never be the same. I was right, of course, but in so many ways that I would never have expected.

Rather than rant and rail and the sheer and utter collective and bipartisan stupidity of our government since that day, I thought I would let the statistics (hat tip to Antiwar.com) do the talking instead:

Other Military Deaths in Afghanistan = 947

Other Military Deaths in Iraq = 318

"Every gun that is made, every warship launched, every rocket fired signifies in the final sense, a theft from those who hunger and are not fed, those who are cold and are not clothed. This world in arms is not spending money alone. It is spending the sweat of its laborers, the genius of its scientists, the hopes of its children. This is not a way of life at all in any true sense. Under the clouds of war, it is humanity hanging on a cross of iron." – Dwight D. Eisenhower