The Snake Eats its Own Tail 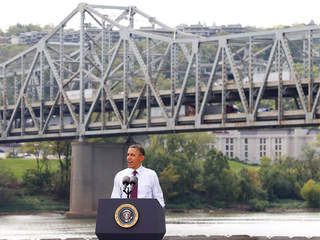 The report of the Congressional “supercommittee” on reducing the federal deficit is not due out for another two months yet, but already various trial balloons are already being floated to test the prevailing political winds. One such proposal was reported yesterday by Bloomberg:

Bankers, bondholders and issuers are preparing for an attack on the tax break investors get for interest earned on some municipal securities, already targeted by President Barack Obama in his jobs and deficit-reduction proposals. The exemption, which has never been cut, lowers the cost of loans for schools, highways, hospitals and other public works.

“They’re looking at everything, and the tax exemption is on the table,” said Steven Boyd, principal with Halyard Asset Management LLC in White Plains, New York, which oversees $400 million. “It’s a factor weighing on investors’ minds.”

Should the 12-member supercommittee whittle down or erase the advantage for high-income investors to own municipal bonds, demand may shrink, pushing up costs for states and local governments. The exemption is projected to save owners of the tax-exempt securities $230 billion from 2012 to 2016, according to the White House’s Office of Management and Budget.

Because federal aid also may be cut to reduce the deficit, some municipal borrowers already avoid the debt market, said Lisa Quateman, the managing partner of Polsinelli Shugart PC’s Los Angeles office. That’s especially true when the financing may depend at least partly on dollars from Washington, the bond lawyer said.

Wow…that’s so stupid it makes my head hurt. Critical thinking is in such short supply in America these days that we are seriously proposing to reduce the federal deficit just by effectively pushing the costs on to state and municipal governments. Presto! Problem solved!

Unlike the federal government, states and municipalities are prevented by law from running budget deficits. That means they have to close short term funding gaps and pay for big ticket infrastructure projects by selling municipal bonds. The tax exemptions at issue make those bonds more attractive to investors. Eliminate the tax exemption and you remove a big buyer’s incentive, and the states and municipalities will likely have to pay a much higher interest rate to attract investors. Locales teetering on the edge of bankruptcy like Harrisburg, Pennsylvania, and Jefferson County, Alabama, would no doubt find borrowing to be well nigh impossible.

And yet, there was President Hopey Changey yesterday giving a big speech at a bridge in Kentucky, touting infrastructure improvements as part of his new jobs proposal. As reported by the Cincinnati Enquirer:


The president mentioned the way traffic backs up even in normal conditions at the outdated Brent Spence Bridge, during his speech urging Republicans to back his jobs bill to get such infrastructure projects moving. He also called out by name both House Speaker John Boehner of Ohio and Senate GOP leader Mitch McConnell of Kentucky, saying they are powerful Republicans who can either "kill this bill or pass this bill" and help their home states.

That brought chants of "Pass that bill!" from the crowd standing under the Clay Wade Bailey Bridge over the Ohio, with the Brent Spence in the background just to the west.

With this insanely schizophrenic set of policy proposals, Obama literally wants to rob Peter to pay Paul. Even if his jobs proposal passes Congress, which is highly unlikely, the proposed deficit commission cuts to the Municipal Bond tax credit will likely kill off at least as many infrastructure projects as Obama’s proposal would create.

This just shows how desperate our so-called “leaders” are becoming in their efforts to continue concealing the uncomfortable reality that the so-called American Way of Life not only IS in fact negotiable, but unsustainable and rapidly unraveling. If Obama were to get his way, he would no doubt start crowing about how he reduced the deficit, while the country’s roads, bridges and schools continue to slowly deteriorate from lack of upkeep and repair. The snake is now literally eating its own tail in order to keep up the appearance of business as usual.
Posted by Bill Hicks at 8:58 AM