New Poll: Canadians' Attitude Towards the U.S. Shifting from Envy to Sympathy—but for the Wrong Reasons 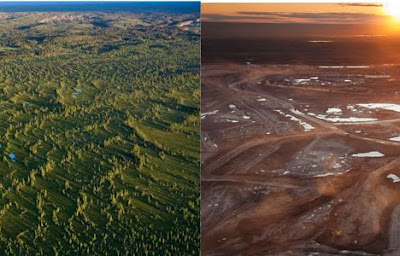 On the surface it’s one of those stories that makes you shake your head at just how far down America has fallen. Things have gotten so bad here in the States that even the denizens of the Great White North are feeling sorry for us. Here’s the Globe and Mail with the story:


When Canadians look at their American neighbours, they no longer gaze with envy at a powerful greenback, a low unemployment rate or deep pools of capital sloshing around an entrepreneurial paradise.

Canadians now look south with something closer to pity.

A poll conducted for The Globe and Mail by Nanos Research on attitudes toward the United States reveals that Canadians see an economy in tatters, a paralyzed political system and a volatile American Dream trumped by a stable Canadian version.

Yeah, that’s pretty bad from an American point of view, but very much well deserved. I was just about to give the Canadians kudos for their perceptiveness, but then I read a little further into the same story:


When Nanos researchers asked Canadians to describe the state of the U.S. economy, 84 per cent of respondents chose words ranging from “bad” to “a disaster.” Nearly 86 per cent of Canadians say they would bet that their country holds more promise for prosperity.

“Most Canadians have long had a case of economic envy,” said Nik Nanos, the president of the polling company. “If they were in the U.S., they felt they’d be making more money, they’d have a bigger house. I think what we’ve seen in the past few months is just completely contrary to what Canadians have believed for the past 50 years.”

Ahhh…so THAT’S it. The Canadians aren’t feeling sorry for us because ours is a fucked up society that expects nothing more from its citizens than abject consumerism while putting a price tag on EVERYTHING important in life, including our very health and well being. No…instead they used to envy us because they’ve always wanted be more like us and have their own McMansions.

Memo to Canada from a Concerned American: maybe you’re spending too much time up there eating doughnuts at the local Tim Hortons and delivering the stone down the curling sheet to notice this, but the American Dream of having a bigger house and a bigger car—with unlimited credit cards to fill up the former with cheaply made crap from China and the latter with cheap gasoline—is on life support. The whole program turned out to be an economic dead end that’s well on its way to being consigned to the dustbin of history. If you want to sympathize with us for anything, do so because unlike you we’ve used up most of our easy to exploit oil reserves and now have to import massive quantities of the stuff, including your own hideously environmentally damaging tar sands oil, just to keep our heads above water.

Though hardly surprising, I have to say that I still found this article profoundly depressing. I’ve visited Canada numerous times over the years and have always had a great time there. Before becoming aware of peak oil, in fact, I always felt that Canada—with its universal health care system, less belligerent foreign policy and more socially progressive attitudes in general—should serve as a model for Americans to emulate.

In recent years, however, I’ve come to recognize that Canada has very much erected the same car-centric, suburban economic model that is rapidly leading our own country to its doom. The only advantage they enjoy north of the border is having a relatively small population and a still substantial natural resource base.

That’ll help keep the party going a little longer through those long winter nights, but sooner or later the day is going to come when Canadians, too, will discover that the American way of life is utterly unsustainable. I just hope they figure it out before they turn the entire province of Alberta into a toxic wasteland in a desperate effort to save what cannot be saved, or just so they can have a bigger house.
Posted by Bill Hicks at 6:53 AM